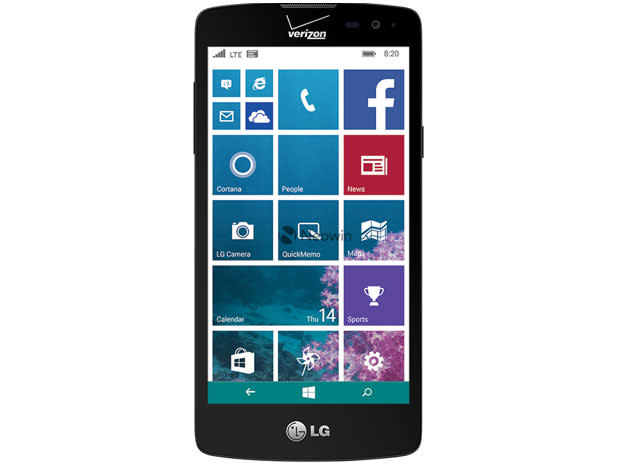 LG pledged continuing support for Windows phones over a year ago. As you may have noticed, though, its actual support since then has been... less than enthusiastic. That could be changing shortly, as Neowin claims to have an image of a Windows-powered LG phone for Verizon. There's precious little revealed by the picture, but the tile sizes, interface and generic design suggest that it's a mid-size, budget-oriented Windows Phone 8.1 device -- sorry, you'll probably have to keep waiting if you want a giant Windows 10 flagship. If this image is accurate, though, you can probably expect to see this device on shelves before Microsoft's newest operating system arrives later in the year.

In this article: lg, mobilepostcross, smartphone, verizon, video, vw-820, vw820, windows10, windowsphone
All products recommended by Engadget are selected by our editorial team, independent of our parent company. Some of our stories include affiliate links. If you buy something through one of these links, we may earn an affiliate commission.