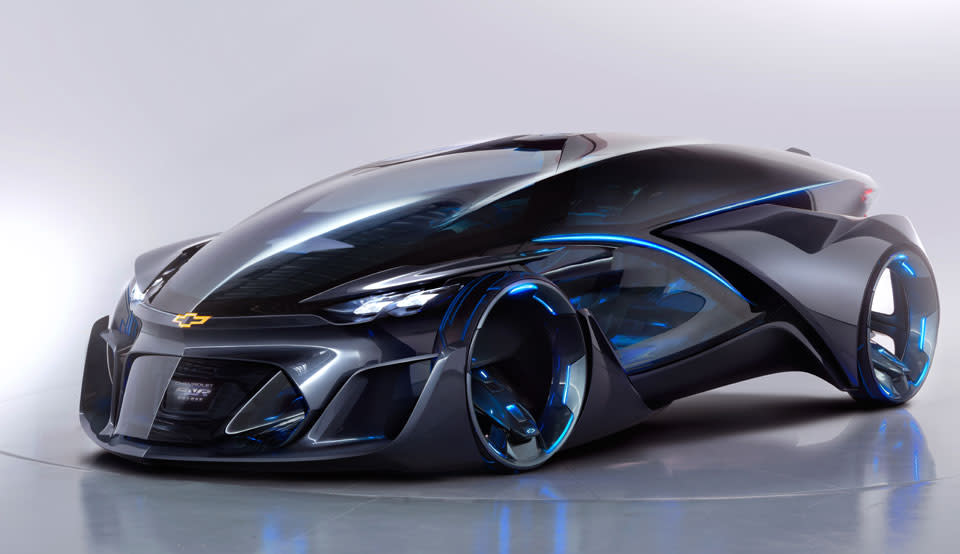 Thought that Mercedes' F 015 self-driving car was futuristic? It looks old hat next to GM's autonomous electric concept, the Chevrolet-FNR. The pod-like design appears ripped straight from a sci-fi flick, complete with crystal laser lights, "dragonfly" swinging doors and sensors (including radar) that aren't as conspicuous as they are on other robotic vehicles. And that's just the outside -- inside, it's touting magnetic hubless wheel electric motors, wireless charging, swiveling front seats and eye recognition to verify the owner. As with most out-there concepts, the chances of driving what you see here are slim to none. However, it won't be at all shocking if the technology in the FNR eventually trickles down to more practical (if far less adventurous) cars. 12
In this article: autonomous, bigpicture, car, chevrolet, chevrolet-fnr, chevy, concept, conceptcar, electriccar, ElectricVehicle, ev, fnr, gm, self-driving, self-drivingcar, thebigpicture, transportation
All products recommended by Engadget are selected by our editorial team, independent of our parent company. Some of our stories include affiliate links. If you buy something through one of these links, we may earn an affiliate commission.