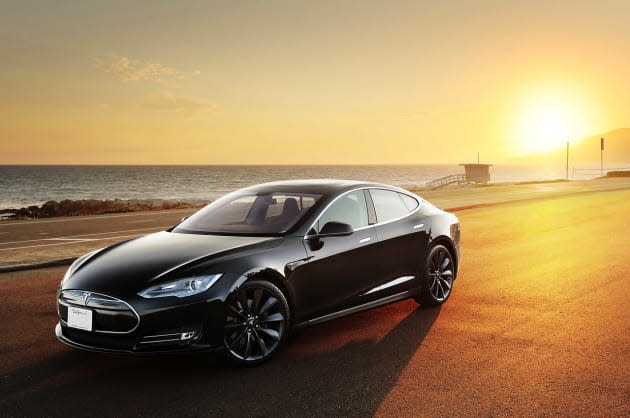 Tesla frequently comes across as a fiercely independent automaker, but that wasn't always the case... at least, if you ask Bloomberg. Its sources claim that Elon Musk almost secured a deal for Google to buy Tesla in early 2013, when vehicle sales were tanking so badly that Tesla closed its factory. Reportedly, the deal would have kept Musk in charge of his company for eight years, or until Tesla's mainstream electric car (the Model 3) was on the road. It fell apart simply because Tesla became successful -- a last-ditch effort to close Model S sales paid off during the negotiation period, eliminating that need for a lifeline.

Spokespeople from either side aren't willing to comment on the rumor. Google chief Larry Page, who supposedly shook hands with Musk on the tentative agreement, even goes so far as to claim that a car maker is "far from what Google knows." That's an ironic statement given Google's heavy investment in self-driving electric cars, though, so we wouldn't be too quick to dismiss talk of a failed buyout.

In this article: acquisition, car, electriccar, electricvehicle, elonmusk, ev, google, tesla, transportation
All products recommended by Engadget are selected by our editorial team, independent of our parent company. Some of our stories include affiliate links. If you buy something through one of these links, we may earn an affiliate commission.