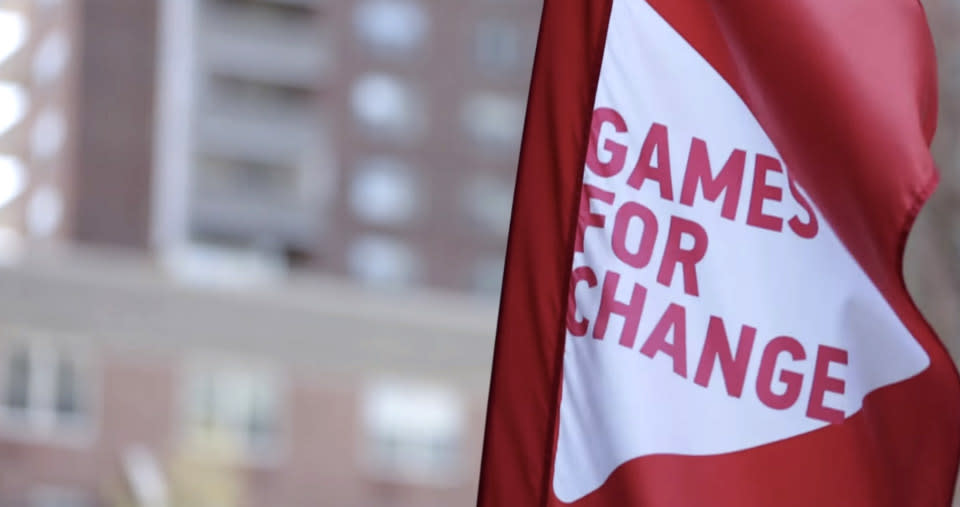 Games for Change president Asi Burak has noticed an odd trend in the gaming industry. Gaming is growing rapidly as a form of entertainment and it's entering a space of serious artistic critique, where people from other fields of entertainment recognize its potential to influence real-world events. Here's the odd part: Opposition to sophisticated critique of video games tends to come from within the gaming industry itself, Burak says. He runs through a few potential reasons for this phenomenon: It's the nature of gaming to be edgy and anti-establishment. It's a young industry. It saw rapid commercial success and now doesn't want to derail its prosperous ways. It's historically an underground kind of field, not used to a spotlight that could reveal flaws alongside beauty.

"For all those reasons, social responsibility and real-world issues are not the core of the gaming industry," Burak says. "And I think it's interesting because when you look at other media, it's always the case [that they're socially aware]."

When Burak speaks with people in film, technology, social change or other fields, he says they immediately understand gaming's rise and its potential to influence society. Other industries, such as film, have already embraced the idea of social responsibility, laying the groundwork for video games to do the same.

"You have a movie like Schindler's List, or you have a movie like... American Sniper or Argo, and everybody gets it." he says. "Why not? Why not deal with politics and real-world issues but still be very successful financially and critically acclaimed, right?"

Burak isn't alone in this observation. He recalls a recent tweet from NYU Game Center professor and game designer Eric Zimmerman, who notes that in other established design industries, "elite practitioners aspire to have their work do social good. Why in games is it so often shunned?"

In urban/industrial/architectural design, elite practitioners aspire to have their work do social good. Why in games is it so often shunned?

Games for Change wants to address these questions head-on. It's a festival celebrating video games that shine a light on social issues or play with real-world scenarios, and it's part of the Tribeca Film Festival (going on right now in New York). The 12th annual Games for Change festival allows people to play a selection of curated titles and it offers awards in three categories: Best Gameplay, Most Innovative and Most Significant Impact. Games up for awards this year include Never Alone, Bounden, This War of Mine, Mindlight and That's Your Right.

The festival itself is a testament to the gaming industry's evolution as a social platform. Burak has been with the organization for five years, though Games for Change started back in 2004. Then, it was a half-day festival with just 40 attendees. Now, it's a three-day event that attracts more than 900 visitors. Plus, as part of the Tribeca Family Festival Street Fair on Saturday, April 25, Games for Change's public arcade will have access to 300,000 people, Burak says. As a spokesman for the social potential in gaming, one of the most annoying perceptions that Burak attempts to discourage is the idea that "games are for kids." He also hears that games aren't serious, that they should only be fun or that they're supposed to be pure escapism, no social impact attached. To Burak, these ideas don't align with the reality of a global, multi-billion-dollar entertainment industry. He's always viewed his job, and Games for Change in general, as a sort of conversion program. He's a video game ambassador on a mission to convince people -- especially those in the gaming industry -- that there is social value in this form of digital art.

"I'm hearing it all the time," Burak says. "All the time: 'Games are for kids.' Even when we talk to people to convert them, the first sentence might be, 'Wow, now I get it. It's a great tool for kids.' No, it's not. It's for kids, but it can be for older people as well."

Burak wants one thing to be clear: It's not all doom and gloom in the gaming industry. There are games that address social issues or at least don't shy away from offering real-world messages. As young developers leave college and enter the professional arena, they bring a love for games and a desire to express themselves on a larger scale, he suggests. "There's definitely a much, much better public perception" of social-change games in the press, Burak says. However, he adds, "there's still a ways to go."

"In our position, in our context, I would say that people are underselling or underestimating how much of a gap there still is," he says. "Because they're looking at all of the good examples, the positive examples, and we always put them up front, you know? A game like Papers, Please or even a game from Ubisoft that is dealing with the first World War."

It must be more inclusive. It needs to deal with sophisticated items, it needs to be media for everyone.

This gap that Burak talks about -- the distance that games still have to go to embrace the idea of positive social impact -- is under intense public scrutiny right now. Stories of harassment and sexism in the industry have recently thrust video games into the headlines of The New York Times, CNN, NPR, Nightline and The Colbert Report. Anita Sarkeesian, a feminist who produces the Tropes vs. Women in Video Games YouTube series, made it onto Time magazine's list of 100 Most Influential People in 2015. Much of the current gaming controversy is associated with "GamerGate," a hashtag tinged with a history of misogyny and harassment.

"I think GamerGate surprised people," Burak says. "It surprised people to see how much of a gap and challenge that we have. But even that is dismissed by saying, 'Oh, it's a very small group just making a lot of noise,' but I'm not sure that that's the case. I think that they're maybe the most vocal and the most active, but the thing is, again, the public perception is yet to be convinced that games are serious."

One day, Burak wants video games to be as inclusive and varied as film. He thinks the industry is on its way, but there's still plenty of ground to cover.

"It can't be all 100 percent entertainment," he says. "It must be more inclusive. It needs to deal with sophisticated items, it needs to be media for everyone. It needs to be for all ages. I compare us to movies a lot -- think about the breadth and the depth, right? My daughter, she's 3 years old, she can watch a movie and she can enjoy it. My grandmother, she's 92, will watch a whole completely different movie and she'll enjoy it, too. It's the same medium. I think we have a ways to go [to get on that level]. But I think we're on the way."

In this article: AsiBurak, GamesForChange, hdpostcross, TribecaFilmFestival
All products recommended by Engadget are selected by our editorial team, independent of our parent company. Some of our stories include affiliate links. If you buy something through one of these links, we may earn an affiliate commission.