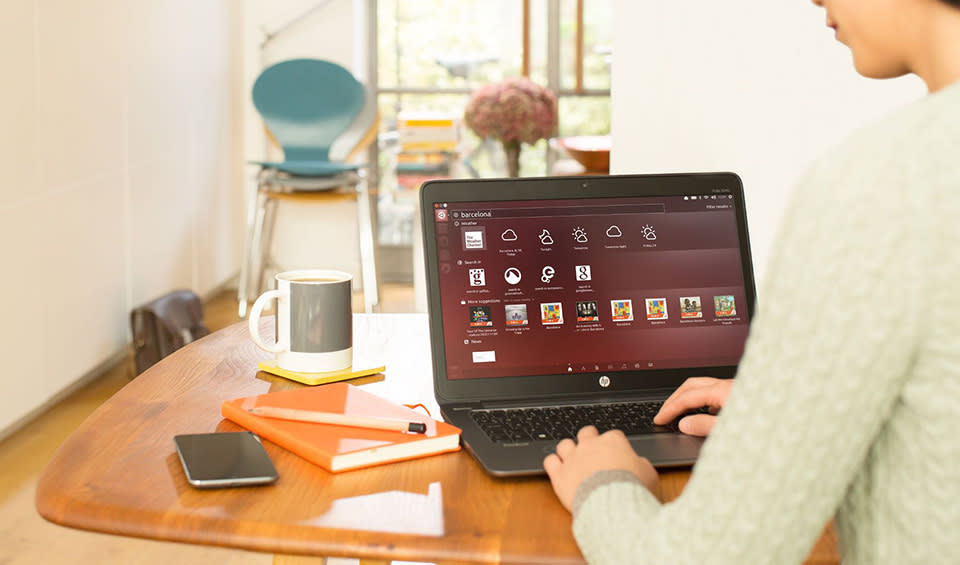 Today's release of Ubuntu 15.04 is yet another installment in the slow and steady march forward from Canonical. The company knows that not every OS release needs to be accompanied by fanfare and dramatic changes to your desktop. And this edition of the popular Linux distro perfectly epitomizes that philosophy. There are basically zero user-facing interface changes, except for the ability to set application menus to always show, instead of only popping up when you mouse over them. Otherwise most of the changes are under the hood. The OS should be faster and more stable, thanks to updates to updates to the underlying system, like the Unity desktop and Linux kernel. The default apps also got some minor version bumps, including Firefox and LibreOffice.

Ubuntu 15.04, or Vivid Vervet, is almost like a placeholder release. This is simply Canonical biding its time and applying Band-Aids while working towards a more dramatic revision that will accompany Unity 8, the next generation of its desktop environment. Like Microsoft, the company is pushing to unify its OS across platforms. That means one core system and a consistent UI across phones, tablets and desktops. When that goal will be realized remains to be seen, but until that time expect your favorite Linux distro to simply tread water.

In this article: canonical, linux, opensource, OperatingSystem, OS, Ubuntu, ubuntu15.04, VividVervet
All products recommended by Engadget are selected by our editorial team, independent of our parent company. Some of our stories include affiliate links. If you buy something through one of these links, we may earn an affiliate commission.