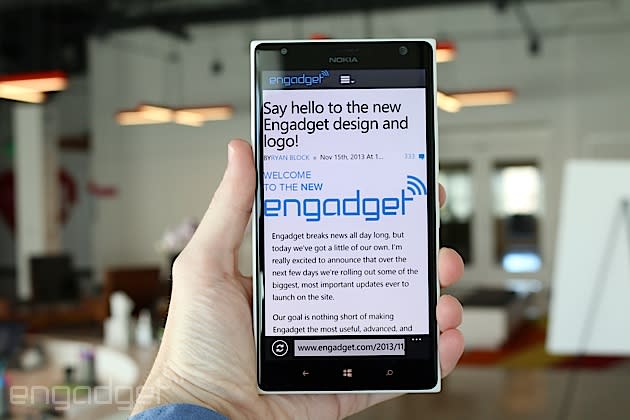 One of the biggest gripes among Windows phone devotees is a lack of high-powered devices as of late. How are you supposed to be a hardcore fan when most of the lineup is downright basic? At last, though, Microsoft appears to be catering to that need for speed. Both Unleash the Phones and The Verge understand that the Redmond crew is working on two range-topping Windows 10 phones, nicknamed Cityman and Talkman in a nod to Nokia's early handsets. They'd both be powerhouses with Quad HD screens, 3GB of RAM, 20-megapixel rear cameras, 5-megapixel front shooters and 32GB of expandable storage. It'd really boil down to your preference of screen size. The Talkman would be the mid-size model with a 5.2-inch display and a six-core processor (likely the LG G4's Snapdragon 808), while the Cityman would up the ante with a 5.7-inch screen and an eight-core (possibly Snapdragon 810) chip.

There aren't many details of what's special about either gadget, although they should have a couple of tricks up their sleeves. They'd both have three-tone camera flashes (theoretically more accurate than their two-tone rivals), and the Cityman would get accessories to make the most of Windows 10's phone-as-PC feature. Whatever they're capable of, you probably won't see them for a while if the reports are accurate. These devices are linked closely to Windows 10, which won't reach phones until sometime after it arrives on computers this summer.

In this article: cityman, gear, microsoft, mobile, mobilepostcross, smartphone, talkman, TL16winfon, windows, windows10, windowsphone
All products recommended by Engadget are selected by our editorial team, independent of our parent company. Some of our stories include affiliate links. If you buy something through one of these links, we may earn an affiliate commission.