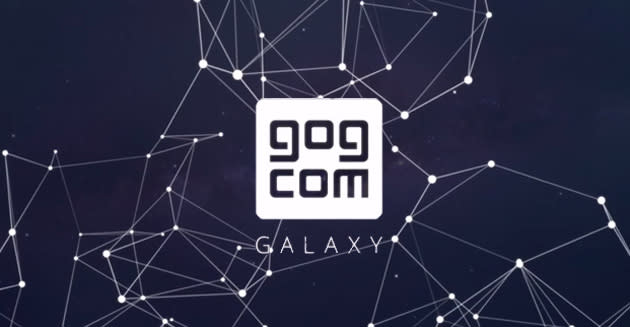 It seems like just yesterday Good Old Games was giving away copies of Aliens vs. Predator to get folks to try its (optional) PC gaming service, Galaxy. Times have changed and leading into The Witcher 3: WIld Hunt's release -- the first major title debuting on the storefront -- the platform is moving from closed alpha testing into an open beta. The constant that's carrying over from the alpha is that you aren't required to participate in anything within the software. Not into automatic updates that might fix some of your favorite glitches in a game? That's totally cool; you can opt out and still keep playing. Steam and Origin aren't quite as keen on that. Let's say that you're going to go all in and allow Galaxy to perform the patches for you. If one breaks the game to the point of it being unplayable, you can roll back to the previous, working version supposedly without much of an issue. You can download a separate DRM-free backup copy of a game, too.

As the press release quotes tell it, the idea is to make the optional features -- and the platform itself -- enticing enough and to such a high quality that you'll choose to use them; it's a motivator for the development team to do its best work. Want to see what this so-called digital freedom "tastes like?" Head over to GOG.com and grab the beta for Mac or Windows.

In this article: beta, galaxy, gog, goggalaxy, goodoldgames, hdpostcross, Mac, openbeta, PcGizmo, windows, witcher3, witcher3wildhunt
All products recommended by Engadget are selected by our editorial team, independent of our parent company. Some of our stories include affiliate links. If you buy something through one of these links, we may earn an affiliate commission.