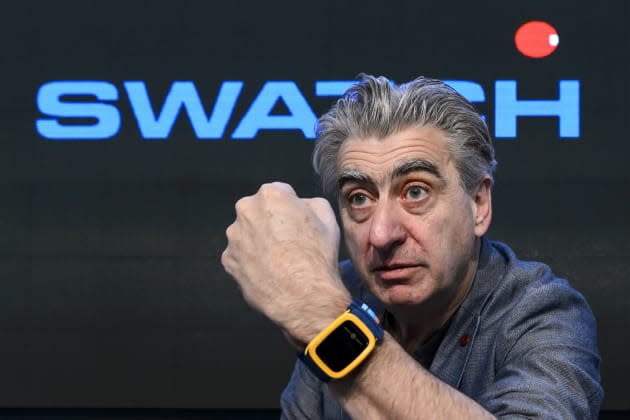 Smartwatches have yet to solve the riddle of battery life, but Swatch Group CEO Nick Hayek says his company is hard at work on a solution. Speaking with the Swiss newspaper Handelszeitung, the chief executive revealed that not only with the watchmaker put out a smartwatch next year, but that it will feature "a revolutionary battery." Belenos, Swatch's research arm, and battery maker Renata are hard at work on the tech. The company announced last year that it would begin packing fitness-tracking tools inside its Touch line of watches, beginning with the Touch Zero for volleyball players earlier this year. What's more, the fruits of the long-lasting battery project will also be used in cars. "Whoever brings a battery for a smartwatch to the market that you don't need to charge for six months has a competitive advantage," Hayek said during the interview. For reference, battery life for both the Apple Watch and Moto 360 hovers around a day.

In this article: battery, batterylife, smartwatch, swatch, watch, wearable, wearables
All products recommended by Engadget are selected by our editorial team, independent of our parent company. Some of our stories include affiliate links. If you buy something through one of these links, we may earn an affiliate commission.