Tesla cuts Full Self-Driving upgrade price by $1,000 for some customers 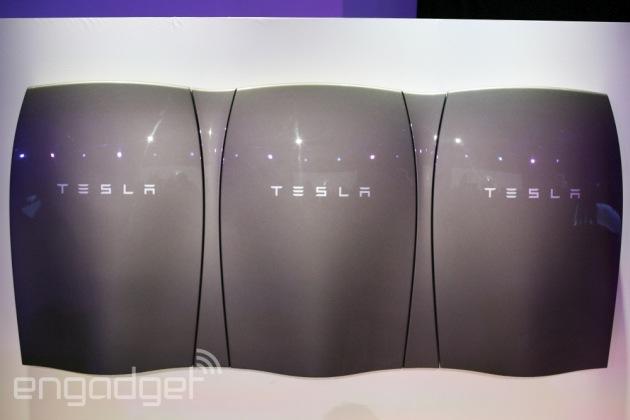 On Tesla's quarterly earnings call, CEO Elon Musk announced "crazy off the hook" demand for its just-announced Powerwall battery product. He said over 38,000 reservations have been received, which should take up the expected production through mid-2016, and demand is high enough to account for all of the Gigafactory's production if they devoted it just to stationary batteries. That includes some 2,500 companies that are interested in the commercial-ready Powerpack (with orders averaging around 10 units each), and Musk said he estimates that commercial interest in Tesla Energy will account for 5-10 more megawatt hours than residential. To clear up one question about the Powerwall, he mentioned that while it doesn't have a DC-to-AC inverter included, it does have a DC-to-DC unit built in. As far as Tesla's car business, Musk targeted the gullwing door-equipped Model X SUV for Q3 of this year. Apparently he rode in the latest prototype just today and called it "the best SUV." Those self-driving autopilot features are promised for Q2 and "complete battery manufacturing" at the Gigafactory is on schedule for next year. The Model 3 is tentatively scheduled to make its debut in March next year with production starting in late 2017, and as for a possible competitor from Apple, Musk said "it would be great" if the company got into the car business.

In this article: autopilot, earnings, elonmusk, financials, model3, modelx, powerwall, q12015, tesla, teslaenergy, TeslaMotors
All products recommended by Engadget are selected by our editorial team, independent of our parent company. Some of our stories include affiliate links. If you buy something through one of these links, we may earn an affiliate commission.