'Marvel's Avengers' will pit the superheroes against MODOK 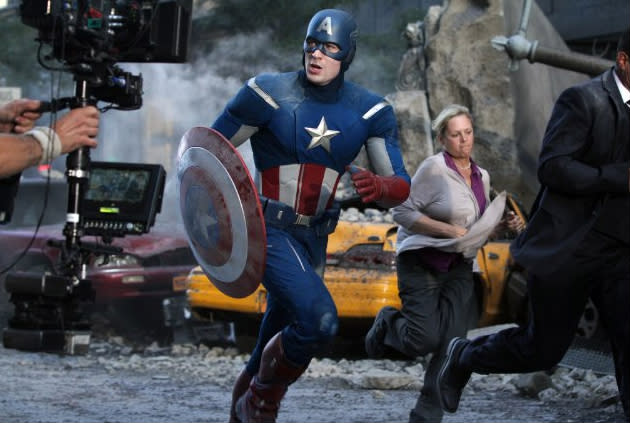 The final planned Avengers films, Avengers: Infinity War - Parts 1 & 2, will be the first movies ever to be shot exclusively with IMAX cameras, Variety reports. First, directors Anthony and Joe Russo will try out a new, lighter 2D digital camera from IMAX and Arri to shoot 15 minutes of Captain America: Civil War. Then, they'll plan the Infinity War movies around the IMAX camera. The first Infinity War film is due on May 4, 2018, while part two is scheduled to hit theaters on May 3, 2019. "The Russos are going to spend the next 15 months or so designing the making of the Avengers films with these cameras in mind," IMAX Entertainment CEO Greg Foster said. "They're not looking at this a week before they start filming or only focusing on an important section of the film. This is something that's never happened before."

In this article: avengers, AvengersInfinityWar, disney, hdpostcross, IMAX, Marvel, movies
All products recommended by Engadget are selected by our editorial team, independent of our parent company. Some of our stories include affiliate links. If you buy something through one of these links, we may earn an affiliate commission.