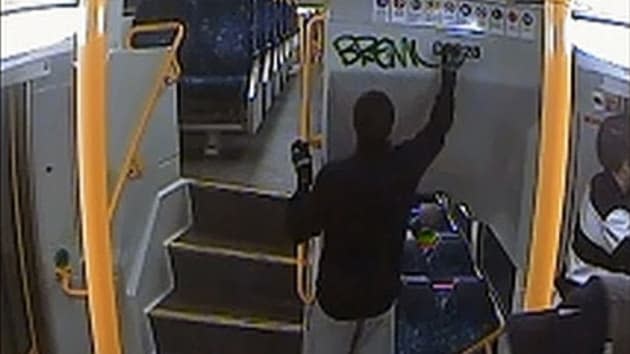 Australian taxpayers spent a whopping $34 million last year to remove graffiti from Sydney's commuter trains. To combat this urban blight, the Australian Department of Transport is rolling out an electronic "nose" that alerts authorities in real-time. This device, dubbed "the mousetrap", activates when it detects paint marker and spray-can aerosols. It then immediately engages a closed circuit recording of the crime before alerting the police, who pick up the perp at the next stop. The program has already undergone viability testing and, according to CBC News, has caught 30 vandals red-handed. Sydney Trains, the government-owned rail company that operates the region's commuter lines, hasn't disclosed how many of the devices will be deployed, only that they'll be swapped between service lines at random intervals.

In this article: australia, camera, graffiti, paint, sydney, trains, vandalism
All products recommended by Engadget are selected by our editorial team, independent of our parent company. Some of our stories include affiliate links. If you buy something through one of these links, we may earn an affiliate commission.