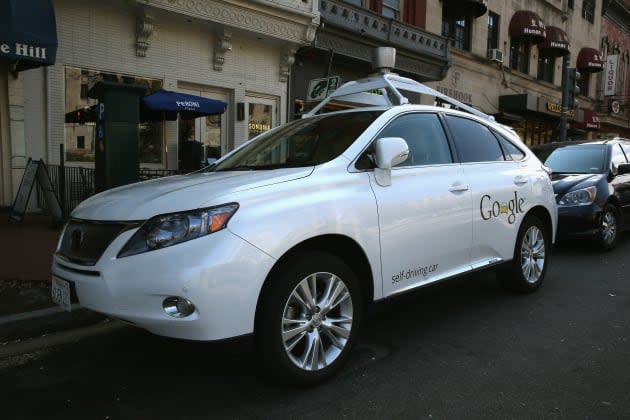 Since California began issuing permits for self-driving car tests on public roads last fall, four out of nearly 50 vehicles had minor accidents. According to an Associated Press report, three of the four were Google's Lexus SUVs outfitted with Delphi's autonomous technology. The fourth was a test vehicle owned by Delphi. In half of the fender benders, the cars were in control when the accident occurred, and all of them happened at speeds of under 10 MPH. Most importantly, all four cases resulted in minor damage and no injuries. Due to the state's privacy laws, the report doesn't indicate any further details -- like if they happened while backing out of a parking space, for example.

In a blog post today, Google's self-driving project head Chris Urmson explained that in its six years, the project has seen 11 accidents, but the autonomous cars weren't at fault. "If you spend enough time on the road, accidents will happen whether you're in a car or a self-driving car," Urmson said. The self-driving tech has piloted nearly a million miles so far. As you may recall, Florida, Michigan and Nevada also license companies to test self-driving cars on publish highways. Thus far, no accidents have been reported in those states.

In this article: autonomousvehicles, california, delphi, google, self-drivingcars, selfdrivingcars, transportation
All products recommended by Engadget are selected by our editorial team, independent of our parent company. Some of our stories include affiliate links. If you buy something through one of these links, we may earn an affiliate commission.