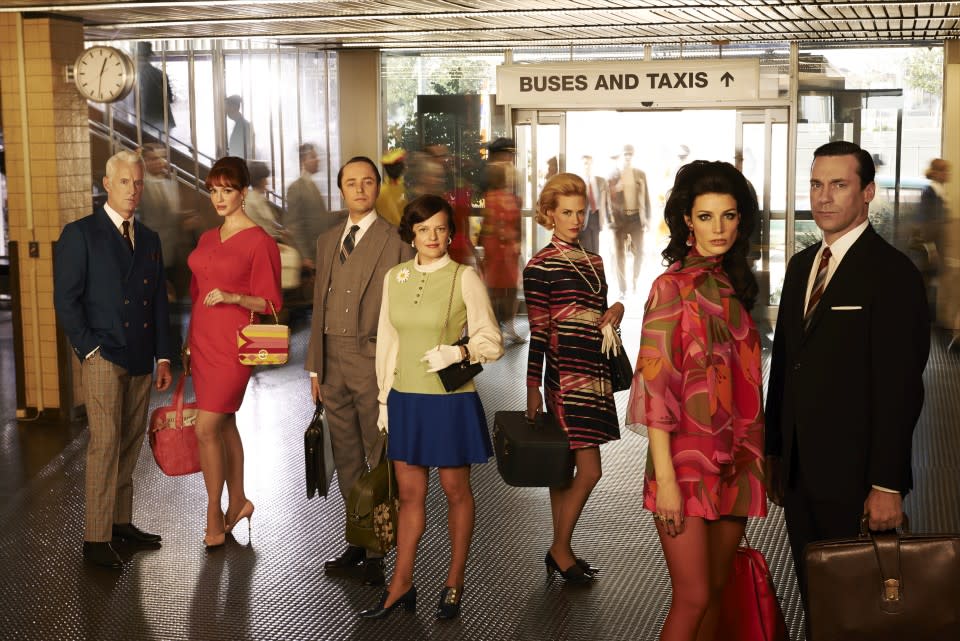 After seven seasons (the last one stretched out as far as it will go), AMC's flagship series Mad Men is coming to an end this weekend. While some will say goodbye to Don Draper and the rest of the crew (Google Play put together a "fan experience" to help you look back), there's a slew of other finales hitting this week. Castle, Arrow, CSI: Cyber (well...), Elementary, Scandal and a number of others are wrapping up their seasons, so it's a good time to binge and catch up. The NBA and NHL playoffs are also cranking up the intensity, so sports fans will want to see which series go the full seven games. On Blu-ray, Wet Hot American Summer is arriving along with the original Battlestar Galactica series, while gamers can start playing Project Cars on consoles too. Look after the break to check out each day's highlights, including trailers and let us know what you think (or what we missed).

In this article: BattlestarGalactica, hdpostcross, listings, madmen, MustSeeHdtv, ProjectCars, video, WetHotAmericanSummer
All products recommended by Engadget are selected by our editorial team, independent of our parent company. Some of our stories include affiliate links. If you buy something through one of these links, we may earn an affiliate commission.