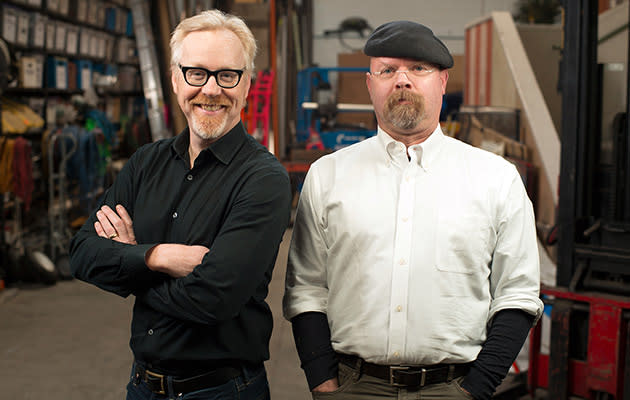 The Mythbusters team is already shooting in virtual reality for the next season, Discovery told AdWeek. We're not exactly sure what that means at the moment -- they could be filming Jamie and Adam in VR format using stereoscopic cameras, but the company might also be talking about downloadable tie-in content. Either way, we're sure we're not the only ones excited at the prospect of going "inside the show," seeing explosions and mythbusting in an immersive virtual environment. It's not just Mythbusters that's getting the VR treatment, though: the company's online arm has launched a whole new division called Discovery Virtual. It's now working on several other VR programs in addition to Mythbusters, but you'd likely have to have access to an Oculus Rift or another similar headset to be able to enjoy any of them.

In this article: discovery, MythBusters, VirtualReality
All products recommended by Engadget are selected by our editorial team, independent of our parent company. Some of our stories include affiliate links. If you buy something through one of these links, we may earn an affiliate commission.