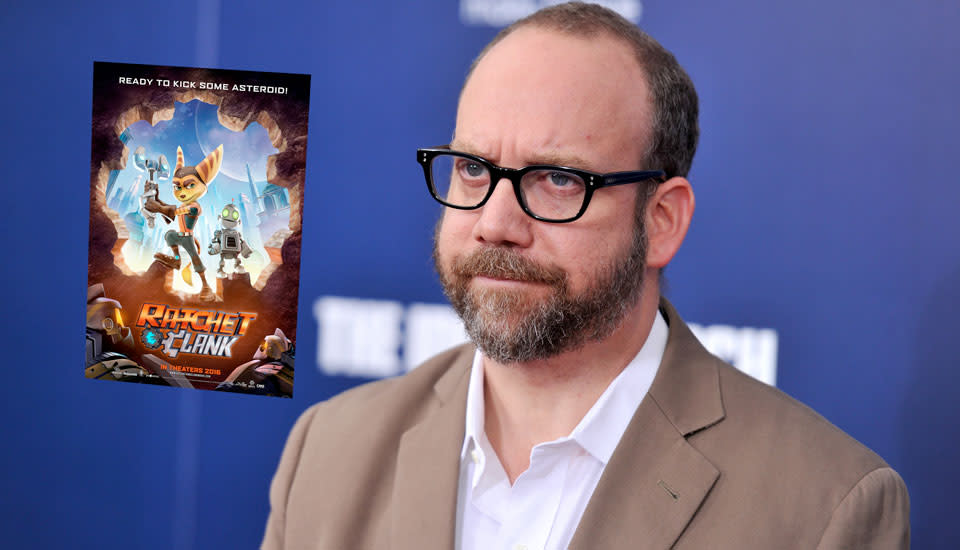 If you were wondering when Sony would pull its finger out and announce the release date for the Ratchet & Clank movie, then today is a good day for you. The company has revealed that the flick will arrive in theaters on April 29th, 2016, with the video game cast of James Arnold Taylor and David Kaye in the starring roles. For some reason, the studio felt compelled to upgrade the rest of the acting roster, so don't be surprised when Paul Giamatti, Rosario Dawson, John Goodman and Sylvester Stallone pop up in the closing credits.

Unlike plenty of console-to-screen adaptations, the game's creative team was consulted on the way the film should pan out. The studio says that it "collaborated extensively" with writer TJ Fixman, character designer Dave Guertin and production designer Greg Baldwin. At the same time, Insomniac Game is working on a remake of the original Ratchet & Clank game that'll arrive around the same time as the movie that ties in with the film's new origin story.

In this article: sony
All products recommended by Engadget are selected by our editorial team, independent of our parent company. Some of our stories include affiliate links. If you buy something through one of these links, we may earn an affiliate commission.