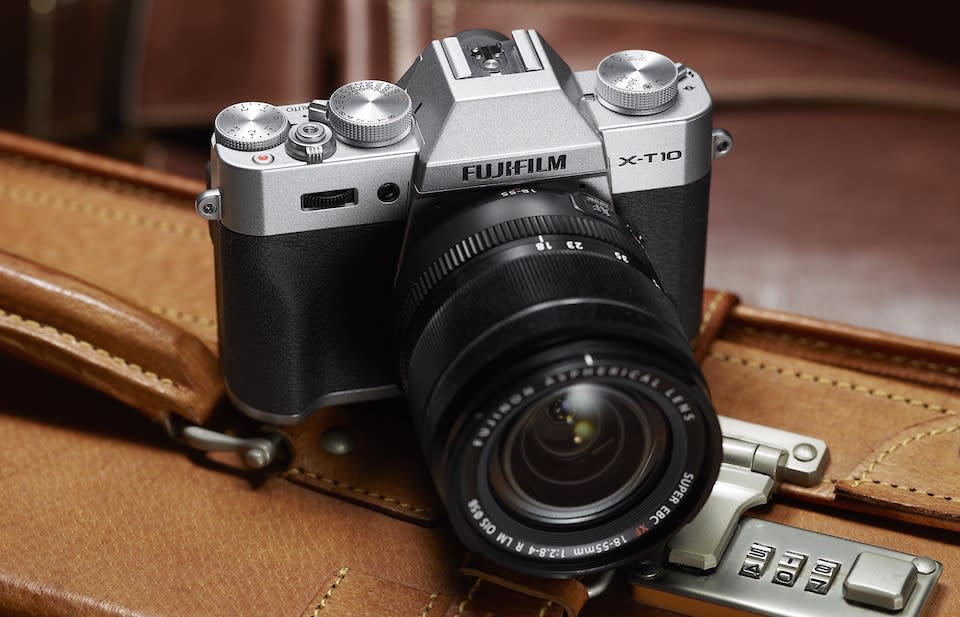 If you've been holding out for a cheaper model of Fujifilm's X-Series flagship, the X-T1, today is your lucky day. The company has just revealed the X-T10 interchangeable lens camera, featuring a 16.3-megapixel APS-C X-Trans CMOS II sensor (with built-in phase detection autofocus), an EXR Processor II and compatibility with Fujinon lenses -- that's great news for people who are already invested in the ecosystem. It will also pack the revamped AF system Fujifilm announced last week, which is said to be speedier and more accurate overall, particularly in low-light conditions and when trying to capture moving subjects. Most importantly, perhaps, Fujifilm is pricing its X-T10 at a reasonable $800 (body-only), or you can shell out an extra $100 for the XC16-50mm kit.

I had the chance to handle the new camera recently and came away generally impressed. The hardware is compact, lightweight and feels solid in the hands, even without the grip accessory. Put simply, think of it as a smaller X-T1. And in case you've never played with one of those, just imagine a solid aluminum piece with a sleek design. Although what Fujifilm showed me was a pre-production version, I'm told it wasn't any different from the unit hitting stores in June.

In this article: Camera, Fujifilm, Fujifilm X-T10, FujifilmX-T10, hands-on, ILC, InterchangeableLens, InterchangeableLensCamera, X-T10
All products recommended by Engadget are selected by our editorial team, independent of our parent company. Some of our stories include affiliate links. If you buy something through one of these links, we may earn an affiliate commission.