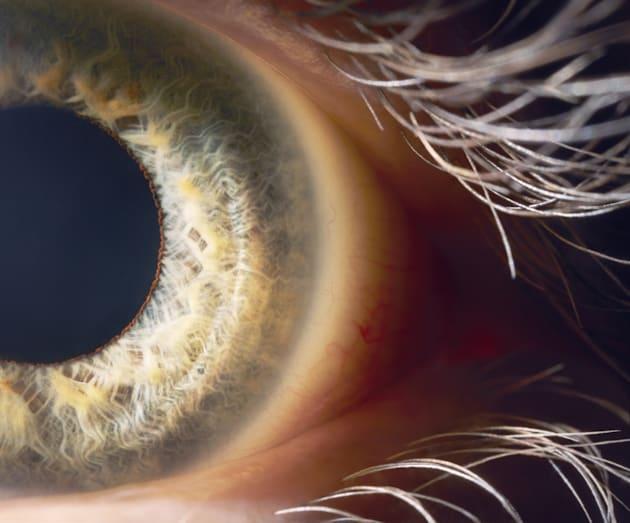 When your eyes' photoreceptors (the so-called rods and cones) fail due to either illness or injury, so too does your vision. And until very recently, few options to correct the condition existed -- typically in the form of a bulky and intrusive wearable. But now, a long-researched gene therapy is finally ready for human trials and could pave the way for at least partial restoration of a patient's sense of sight.

The technique, which was developed by a team led by Zhuo-Hua Pan of Wayne State University in Detroit, is part of a growing scientific field known as optogenetics. It doesn't target the dead photoreceptors themselves -- in fact, it bypasses them entirely -- instead focusing on the ganglion cells behind them. Ganglion cells carry electrical signals from the rods and cones to the optic nerve, which then shuttles the information to the brain. Researchers have found they can control the function of the ganglion cells by inserting light-sensitive molecules (derived from algae and other microorganisms) and then shining specific wavelengths of light at them. Specifically, they've inserted channelrhodopsin-2, or ChR2, into ganglion cell membranes. In the dark, this protein remains closed, but when exposed to blue-wavelength light, it opens a channel through which ions can flow and triggers cells around it to do the same.

While optogenetics is technically a form of gene therapy, it functions very differently than the CRISPR/Cas9 technique that recently made headlines. Instead of knocking out a specific gene (or set of genes) to restart photoreceptor function, this technique simply converts transmitter cells into light-sensitive ones. This cleanly sidesteps the medical and ethical pitfalls of conventional gene therapy. It also could potentially be applied to the roughly 200,000 people in America alone suffering from blindness caused by any of the 250 known gene mutations. Human trials are expected to start as early as next year.

In this article: Channelrhodopsin, Detroit, genetherapy, photoreceptors, vision, WayneStateUniversity, wearbles
All products recommended by Engadget are selected by our editorial team, independent of our parent company. Some of our stories include affiliate links. If you buy something through one of these links, we may earn an affiliate commission.