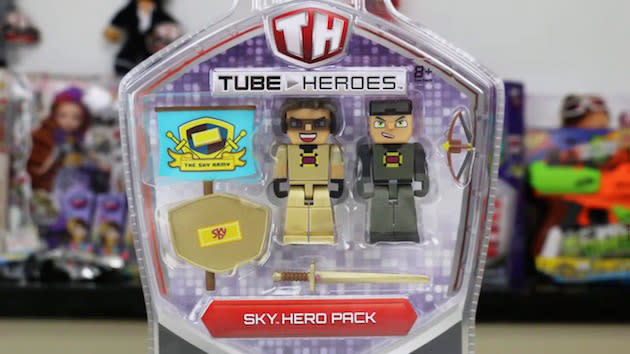 If you head down to your local toy store today, you'll likely find that the shelves are dominated by video game packs and figurines. Franchises like Minecraft, Disney Infinity and Skylanders mostly dominate proceedings, but their popularity also encourages rivals to cash in on the latest craze. One such toy maker believes that fusing YouTube and Minecraft could be the answer, so it's created a new range of "Tube Heroes" toys that immortalize some of the video service's most popular gamers as Minecraft-like figures and plushies.

The lineup is small, but the YouTubers on show, including AntVenom, AshleyMarieeGaming, ExplodingTNT and CaptainSparklez, are there on merit, mostly due to their antics playing Mojang's indie hit. Tube Heroes isn't supposed to launch until May 22nd but packs have already made their way to some Toys R Us stores and, ironically, have already had the review treatment from some YouTube toy reviewers. If you, like me, have children who can't get enough of Minecraft and watching other people play it, now might be the time to hide all evidence that Tube Heroes exists, or admit defeat and start saving.

In this article: figures, figurines, minecraft, plushies, tube heroes, youtube, youtubers
All products recommended by Engadget are selected by our editorial team, independent of our parent company. Some of our stories include affiliate links. If you buy something through one of these links, we may earn an affiliate commission. 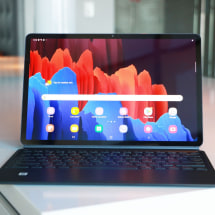