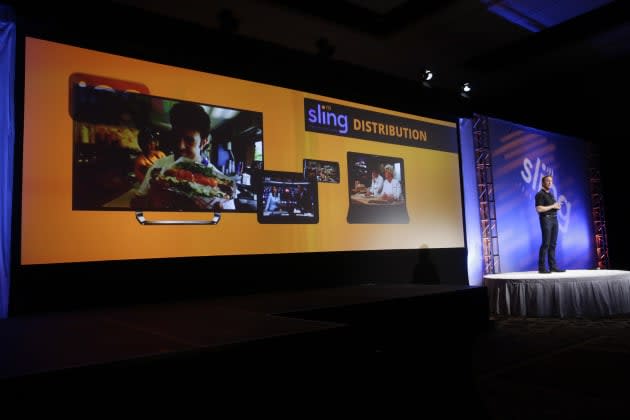 So far, Dish has done an exceptional job of launching its internet television service, Sling TV, on most major mobile and stationary platforms. And now Android TV is the latest to offer support for the cord-cutter app, joining others like iOS, Roku, Xbox One and, of course, Android in doing so. At the moment, Sling TV on Android TV really just means being available for the Nexus Player, although there are many devices launching soon with Google's newly minted ecosystem on board. Sling TV also announced ESPN Deportes (the Spanish version of ESPN) has been added to its channel lineup, which it will be including as part of the Latino-tailored, $5-per-month Deportes Extra pack.

In this article: Android TV, AndroidTV, Dish, ESPN Deportes, ESPNDeportes, hdpostcross, mobilepostcross, Nexus Player, NexusPlayer, Sling TV, SlingTV
All products recommended by Engadget are selected by our editorial team, independent of our parent company. Some of our stories include affiliate links. If you buy something through one of these links, we may earn an affiliate commission.