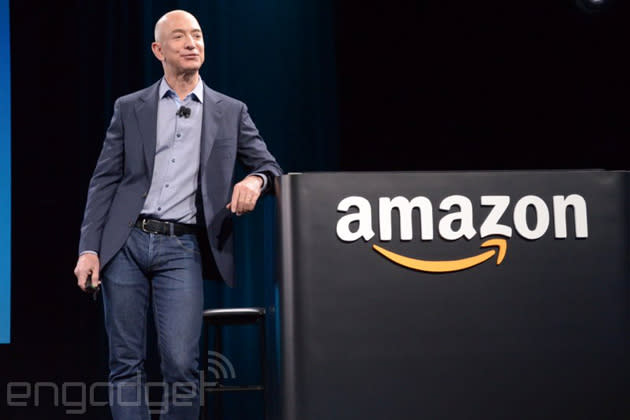 For many years, Amazon has sent a huge percentage of its European revenues over to Luxembourg. The tiny country levies a much smaller rate of tax than most of the countries in which the retailer operates, allowing it to keep a larger share of sales. With the European Commission breathing down its neck over claims it had agreed an illegal tax deal with Luxembourg, Amazon has quietly begun booking sales in some of its biggest European markets. According to the Wall Street Journal, the company began paying direct taxes on sales in the UK, Germany, Italy and Spain from May 1st.

The move comes just as European governments are cracking down on tax practices employed by some of the world's biggest technology companies. In the UK, chancellor George Osbourne introduced a new law, commonly referred to as the "Google Tax", in April to punish those diverting revenue overseas by imposing a 25 percent levy on their domestic profits. As a result, Apple, Google and Facebook are now required to report their earnings on a country-by-country basis.

With Amazon making the first move, it'll put pressure on other major tech companies to follow suit. Despite claims to the contrary, Apple has been accused of not paying its fair share of tax in Ireland, and Google has previously been told by lawmakers that its stance on tax is "devious, calculated and unethical". Amazon says that it began paving the way for the changes two years ago, but only now are plans coming into force. However, it might be too late to influence the public's perception of the company.

In this article: amazon, apple, business, culture, ec, european commission, google, google tax, profits, tax
All products recommended by Engadget are selected by our editorial team, independent of our parent company. Some of our stories include affiliate links. If you buy something through one of these links, we may earn an affiliate commission.