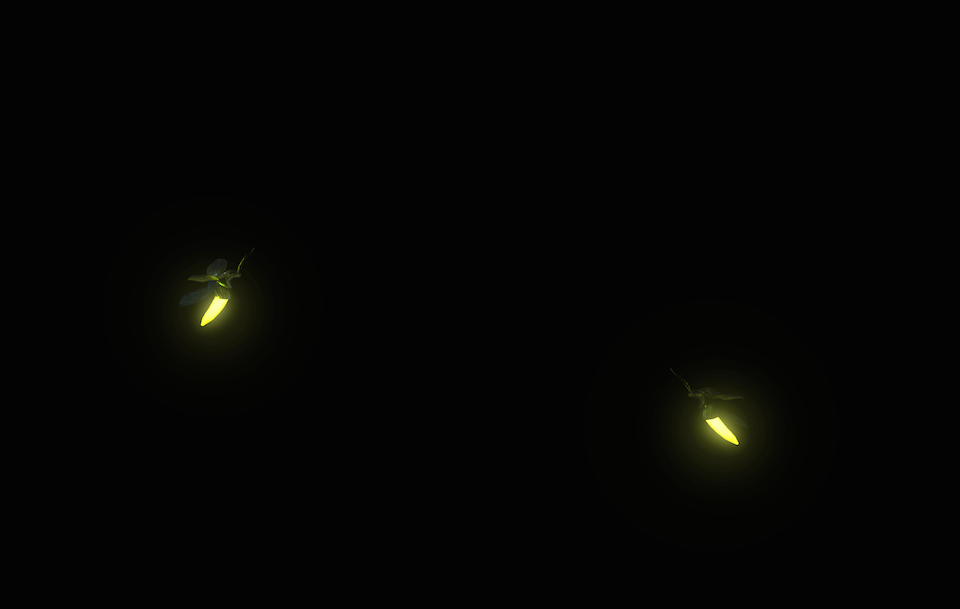 VR turned me into a movie character -- a tiny, bright yellow firefly. But here's the best part: I got to experience it with someone next to me, both literally and virtually, in a dark room with headsets strapped to our heads. For Oculus Story Studio, arguably the Pixar of virtual reality, this is the first step in making the medium more social. And it's using its short film Lost, introduced earlier this year at Sundance, as a test bed. Still, whether we're talking about a cute movie or a fun game, most VR activities so far have one thing in common: They're solitary experiences. Oculus wants to change that.

Recently, I was invited to watch Lost Director's Cut, a slightly modified version of the film that debuted in January. What's different here is a new social component, which the Story Studio team calls a "shared experience." Essentially, this allows two viewers (or more), each wearing an Oculus headset, to be a part of the same world and explore it simultaneously. In the case of Lost Director's Cut, the person giving the demo and I were both fireflies in the movie; we could look at each other or fly closer toward one another, all while a scene was taking place next to us. It's breathtaking and weird at the same time, and that's a good thing. "VR is very isolationist: You put it on and you forget your surroundings; you forget the people around you," says Max Planck, Story Studio's supervising technical director. "We wanna tell stories that people can come out of it together and have water-cooler moments." He adds, "Like you're around the campfire and someone's telling you a story, or you go to a movie or a theater performance and you see it with other people, and you come out of it and you want to talk with people." Planck and his team say the goal is to show filmmakers how far they can go with VR, so that they're not just thinking about creating single-person experiences. As it stands, there's only a handful of projects that have a social angle -- things like The Machine to be Another, an art experiment that transports people into bodies of the opposite sex.

Edward Saatchi, a Story Studio producer, believes that virtual reality doesn't have to be isolated, but instead can feel like something you can do with your friends, where you talk to each other and discover VR worlds together. "We've heard so much: 'Well, how is this gonna interact with cinema? Cinema is so social. There's people in a cinema; you are together.' So we wanted to give a hint of where we think the future of VR in cinema is," he says. "We think the future of VR in cinema is social, that you're with your friends. You're not in the same room, maybe; maybe you're all going in together at the same time, and that's where the lines between cinema and an MMO [massive multiplayer online] start to blur.

"So we wanted to give a hint of where we think the future of VR in cinema is."

Lost Director's Cut is also enhanced by Oculus' newly developed sound engine, dubbed Spatial Audio, which lets you hear elements of the film based on the direction they're coming from. At one point, for instance, a bird flies over your head and you're able to hear the sound of it coming toward you, just as it goes into the background. "All those elements -- the firefly, the beeping, the hand -- as they move around are being attenuated so that if you close your eyes, listen for a sound and be like, 'It should be right in front of me,' there it is," says Planck about the film's adapted directional audio. "VR needs that; VR is a big feedback system. Where I look, visuals and audio need to respond too." Even so, Story Studio is only scratching the surface of this type of storytelling.

Saschka Unseld, who directed Lost, doesn't see anything wrong with VR being an unsocial platform, though. "I think it actually has a strength. Like, there is an intimacy from just you being there," he explains. "But [I] was still curious how could you have multiple people watch this thing at the same time."

So, will we see social features in any of the upcoming Story Studio shorts? That remains unclear, but it could happen. "It depends," Planck says. "The shared experience was something fun, something we wanted to try on Lost because we had a great idea. The idea has to be great; it has to be telling something we're excited about." He goes on to say: "Now that we've done a shared experience, it will color when we're thinking of new ideas: 'Oh, remember that cool moment from Lost, maybe we can replicate that and maybe it'll help this story.'"

Ultimately, though, Saatchi emphasizes that Oculus Story Studio's intention is to help virtual reality grow as a platform, not to be the main player in its filmmaking space. "Most importantly, Story Studio is going to be sharing everything it learns [with filmmakers]," he says. "Story Studio isn't gonna be making a $200 million blockbuster. Story Studio is a catalyst to excite the filmmakers who will be the future."

In this article: facebook, hands-on, hdpostcross, Oculus, Oculus Rift, Oculus VR, OculusRift, OculusVR, uk-feature, Virtual Reality, VirtualReality, VR
All products recommended by Engadget are selected by our editorial team, independent of our parent company. Some of our stories include affiliate links. If you buy something through one of these links, we may earn an affiliate commission.