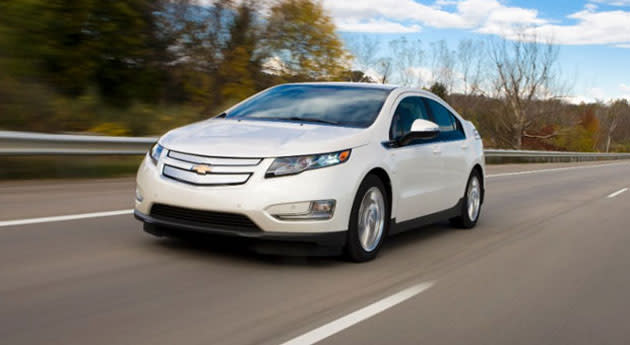 The 2016 Chevy Volt promises to be a much better hybrid than its predecessor, with a lower price and better performance... and unfortunately for GM, that improvement might be hurting sales of the outgoing model. The Detroit Free Press reports that there were roughly 6,000 unsold 2015 Volts as of April, or more than twice the 2,779 that sold in the first four months of the year. Sales are down 46 percent versus the same period a year ago, and dealers appear willing to make some serious concessions to clinch a deal. While the 2015 Volt officially carries a $34,345 sticker price before tax credits, the TrueCar price guide shows that buyers are typically paying $30,607 -- quite the discount if you're looking for an extra-efficient ride.

The backlog isn't surprising, especially as there are signs that the market for eco-friendly transportation is shifting toward pure electric vehicles. However, GM had better hope that the 2016 Volt proves to be more popular. It needs that increased demand to help fund its electric powerplants and get its Bolt EV off the ground.

In this article: car, chevrolet, chevy, gm, hybrid, Plug-inHybrid, transportation, volt
All products recommended by Engadget are selected by our editorial team, independent of our parent company. Some of our stories include affiliate links. If you buy something through one of these links, we may earn an affiliate commission.