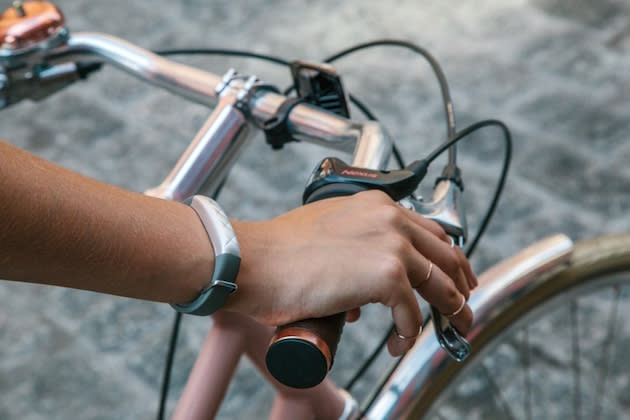 Jawbone is suing its archrival, Fitbit, for "systematically plundering" confidential information. According to the complaint, Fitbit recruiters attempted to poach almost one-third of Jawbone's staff. Some of those employees left the company, but not before downloading "critical trade secrets" including business plans and product details. The accusation comes right on the heels of Fitbit's decision to go public. The company, which sold 10.9 million wearable devices last year, filed for an IPO of up to $100 million earlier this month.

According to the document filed with California State Court today, Jawbone quotes an unnamed recruiter who said: "Fitbit's objective is to decimate Jawbone." The complaint also mentions a former employee, who continued to work for Jawbone for about a week even after she was hired by Fitbit. The complaint states that she downloaded a "playbook" that outlines the plans for the company's future products. Another employee handed in a two weeks notice, without disclosing that he would be joining the company's biggest competitor. He is said to have forwarded confidential information to his private email in direct violation of the company's corporate policy.

Even though the world of wearable health trackers has been booming, Jawbone's financial state has been under scrutiny off late. As per the lawsuit, they're now seeking financial damages and looking to prevent their former employees from using the information that they're accused of walking away with.

In this article: confidential information, fitbit, FitnessTracker, healthtracker, jawbone, lawsuit, poaching
All products recommended by Engadget are selected by our editorial team, independent of our parent company. Some of our stories include affiliate links. If you buy something through one of these links, we may earn an affiliate commission.