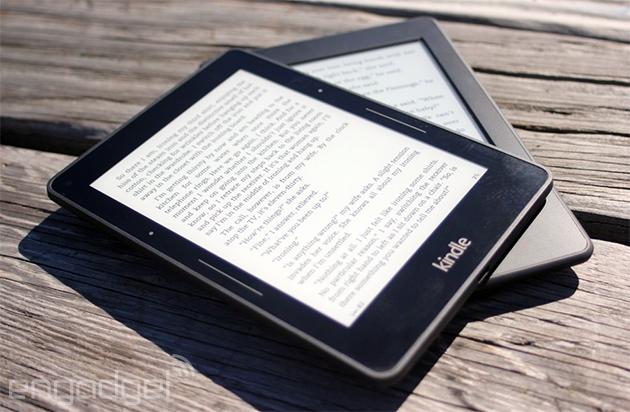 In a major victory for book publishers, the UK's High Court has ordered internet service providers (ISPs) to block several sites offering pirated e-books. The decision means that BT, Sky, Virgin Media, TalkTalk and EE now have 10 days to comply and ensure their customers can't access the following link depositories: AvaxHome, Ebookee, Freebookspot, Freshwap, Libgen, Bookfi and Bookre. The Publishers Association (PA), which sought the blocks under the UK's Copyright Design and Patents Act 1988, claims the sites collectively hold around 10 million e-books, and that at least 80 percent of them are infringing copyright. It's been described as the "first action of its kind brought by UK book publishers," following similar ISP blocks levied against sites hosting music, movies and TV shows.

The PA says it's already sent nearly one million takedown requests to the sites in question, and asked that Google pull 1.75 million related URLs from its search results. As we've seen with The Pirate Bay though, blocking sites at the ISP level isn't always effective, especially against savvy users familiar with Virtual Private Networks (VPN). The larger problem is that when one piracy site disappears, another few quickly sprout in its place. Even if the High Court's blocks are successful, it's safe to assume readers will find alternative sources.

In this article: block, blocking, books, downloads, ebook, ebooks, HighCourt, ISPs, piracy, torrents
All products recommended by Engadget are selected by our editorial team, independent of our parent company. Some of our stories include affiliate links. If you buy something through one of these links, we may earn an affiliate commission.