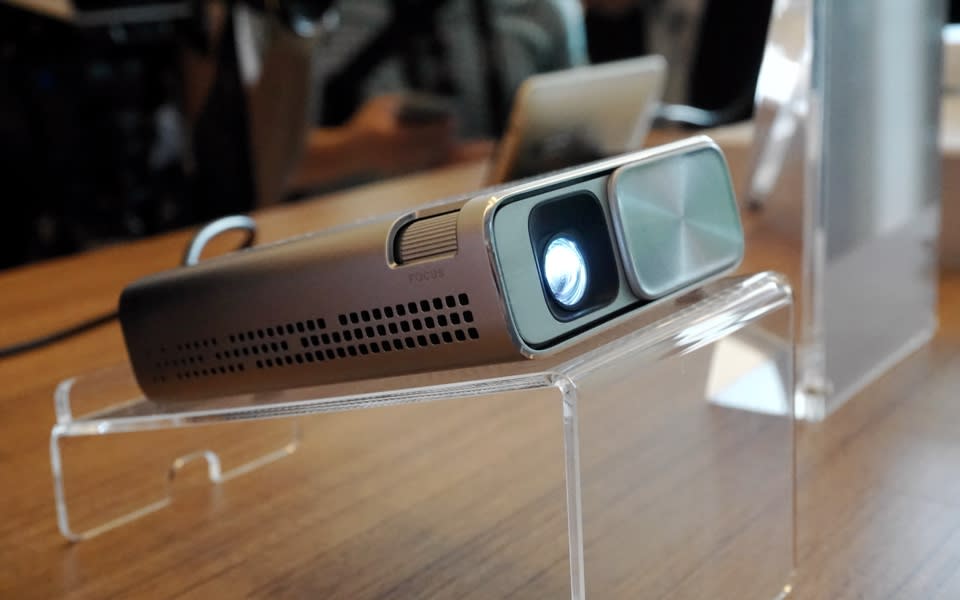 If having friends crowd around your smartphone screen to watch videos isn't exactly your idea of a good time, ASUS' new portable projector might be for you. The E1Z, announced today at Computex, is an LED projector that can play content right from your Android phone over micro-USB. Typically, projectors need HDMI dongles to project from smartphones. The E1Z is small enough to fit in your pocket, and it also has a rechargeable battery, so it can get up and running without being plugged into power. It also works as a portable battery pack, allowing you to charge any USB device with its 6,000mAh battery. We're still waiting for details on pricing, availability and actual specs, but ASUS reps mentioned that it may end up going for around $200. 5
In this article: asus, computex2015, E1Z, mobilepostcross, projector
All products recommended by Engadget are selected by our editorial team, independent of our parent company. Some of our stories include affiliate links. If you buy something through one of these links, we may earn an affiliate commission.