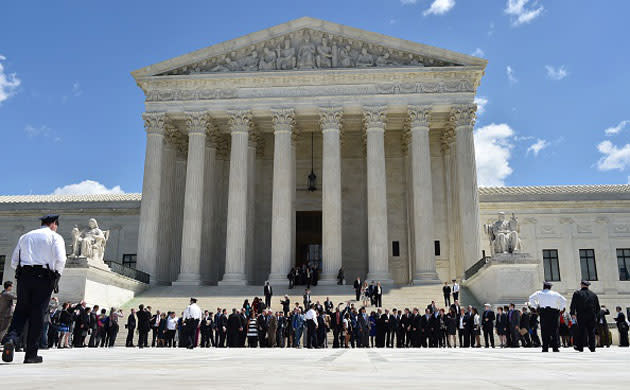 You can't be sent to prison for kinda sorta threats in the real world, and that now applies to the internet as well. The US Supreme Court has overturned the conviction in Anthony Elonis v. United States on the grounds that online threats aren't illegal unless they're clearly intentional -- not just that a "reasonable person" would see them as hostile. When Elonis raged against his ex-wife and the government through allegedly "therapeutic" rap lyrics on Facebook, the court says, it wasn't absolutely certain that he actually wished harm. The man isn't out of the woods yet (a lower court has to look at the case once again), but there's now a higher standard for putting him behind bars.

Whether or not this is a smart decision depends on who you ask. The American Civil Liberties Union is a big fan of the ruling, since it acknowledges "centuries" of legal precedent that requires the government to prove there was criminal intent. At the least, it reduces the chances that you'll be hauled off simply for writing a mean-spirited social network update or blog post.

However, both dissenting judges and women's groups are more than a little nervous. The court didn't set a clear standard for what constitutes intent, potentially creating a lot of ambiguity at trials. Would it be enough to know you were being reckless to be found guilty, for instance? Likewise, there's a concern that this interpretation will let internet abusers skirt around the law by writing hate-filled posts that aren't technically threats, but are still likely to scare their targets. The sites hosting this content can always ban the offenders and delete their material, but it may be tougher to convict someone whose digital attacks really are a precursor to physical violence.

In this article: abuse, civilliberties, facebook, freedomofspeech, internet, socialnetwork, socialnetworking, supremecourt, threat
All products recommended by Engadget are selected by our editorial team, independent of our parent company. Some of our stories include affiliate links. If you buy something through one of these links, we may earn an affiliate commission.