The one-cable future of gadgets: simpler, but still confusing

Inside Taipei's huge tech wonderland of a mall 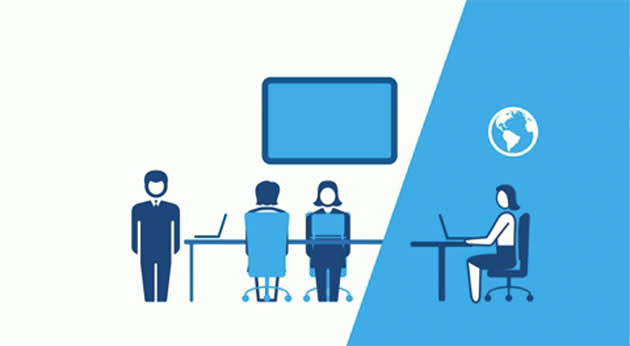 The worst part about meetings isn't showing off your new presentation; it's how difficult it is to get your computer screen to show up on the TV. At Computex, Intel introduced its real-time collaboration solution Unite to remove some of the headaches associated with sharing presentations. The system uses a secure WiFi connection with a rotating PIN to connect to a Core vPro processor-powered mini PC connected to an office's display. Attendees download and install a lightweight client on their Mac or Windows machine and can share their desktop, annotate shared presentations and view up to four attendee's screens at once. It's a pretty straightforward solution. It makes meetings start quicker and gives attendees the ability to work together on a single presentation. But, it's the upcoming extensibility that could convince your IT department to drop your current solution for Unite.

Intel will release reference plugins in the next 30 days that will add additional functions to the Unite platform including a Skype plugin that can be used to turn the collaborative-meeting system into a teleconferencing system. These reference plugins will coincide with the release of a Unite SDK for third-party developers. The upcoming reference plugins will also include a way to control a room's lighting and a telepresence solution. But Intel is keen to see what the community builds for the platform.

It's a low-cost platform (roughly $700 with a computer according to Intel) that's already available for large IT departments. Intel VP of Business Client Platform Division Tom Garrison noted that those departments will be able to deploy updates to all devices running Unite just like any other PC on a network. For small businesses looking for a meeting solution, a version for them will be available in 30 days.

In this article: computex2015, intel, meetings, Unite, WirelessDisplay
All products recommended by Engadget are selected by our editorial team, independent of our parent company. Some of our stories include affiliate links. If you buy something through one of these links, we may earn an affiliate commission.