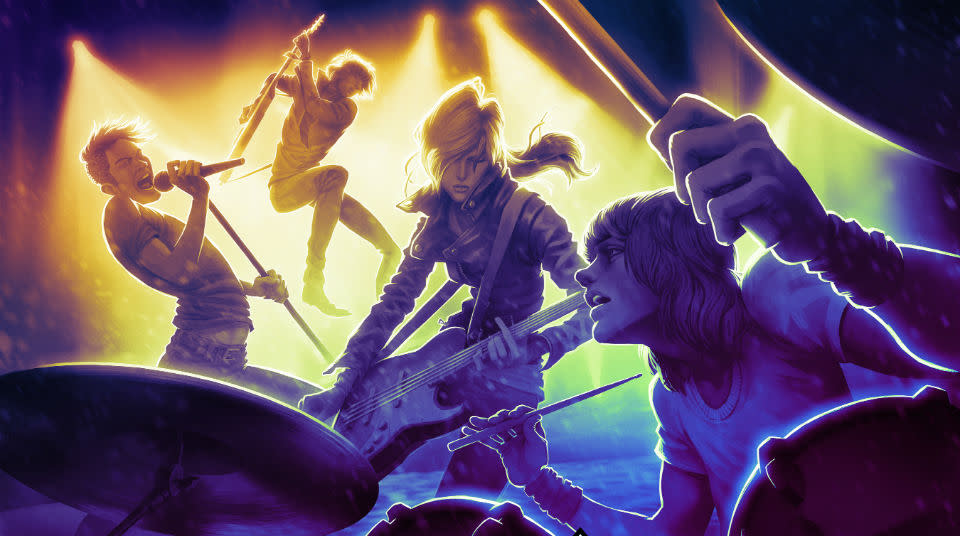 Rock Band 4 arrives on the PC-like Xbox One and PS4, so it made sense for Eurogamer to ask if the game would ever make its way onto the real thing. Unfortunately, PC gamers won't be getting a version of their own, and it looks as if the music labels' heavy-handed demands for anti-piracy measures are to blame. In an interview, Harmonix project director Daniel Sussman explained that the two consoles have various secure tools that make it hard for users to get at the assets inside each game. PCs, in his words, are more of an "open platform," which would put the onus on Harmonix to protect the "licensed music" that's featured in the title. Squint hard enough and those lines roughly translate to: we could, but labels want us to lock their music up so tight that it'd be impossible to achieve on the PC.

It's not the only objection to the idea of launching a third version of the music game, as executives are worried that there isn't enough of an audience to sustain a release. After all, nobody has done it before, and you know how risk-averse these types can be. Sussman did leave the door open for a PC version further down the line, saying that nothing is "unsolvable," but given the costs of making a PC game secure enough for a picky studio head, we're not optimistic. Oh, and if you are the head of a major music label, just remember that people can listen to all of the title's tracks on YouTube, you know, for free. Look, we can even embed some right here:

In this article: Music, PC, Piracy, PS4, RockBand4, SteamMachines, XboxOne
All products recommended by Engadget are selected by our editorial team, independent of our parent company. Some of our stories include affiliate links. If you buy something through one of these links, we may earn an affiliate commission.