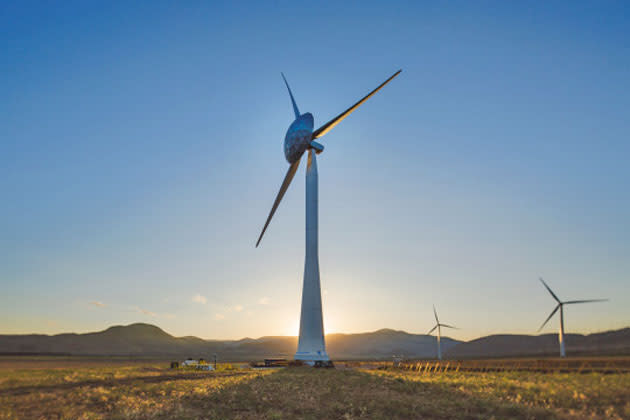 Despite their giant blades, most wind turbines waste a lot of energy -- gusts around the rotor don't really generate electricity at all. GE thinks it can do better, however. Its experimental ecoROTR turbine touts a big, rotating aluminum nose that sends wind directly toward the blades, where it's more effective. The current design boosts the power output by a modest 3 percent, but that could matter a lot in a large wind farm. The big deal may be what comes next. EcoROTR allows for bigger rotors without having to use larger, harder-to-transport blades. If it ventures beyond the prototype stage, you could see more wind farms in remote locations that both produce more power and keep giant, noisy towers away from your neighborhood.

In this article: ecorotr, energy, ge, GeneralElectric, power, wind, windpower, windturbine
All products recommended by Engadget are selected by our editorial team, independent of our parent company. Some of our stories include affiliate links. If you buy something through one of these links, we may earn an affiliate commission.