How tech is changing the world of sports memorabilia 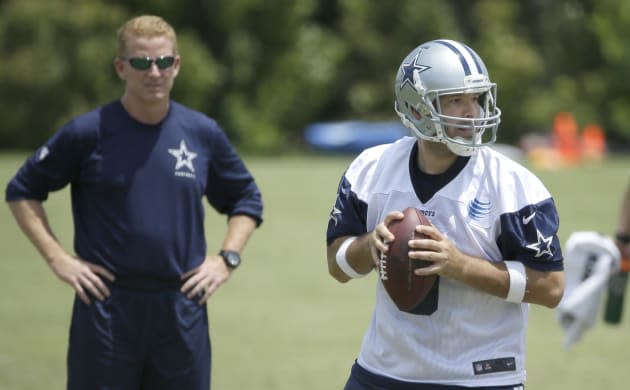 When an old-school coach like Mike "Da Bears" Ditka gets behind virtual reality as a football training device, you know there's something there. And now, the Dallas Cowboys are the first NFL team to adopt VR tech from a Stanford-based company called StriVR Labs, according to ESPN. The franchise dedicated a new room at its training facility to the tech, which it'll use to help quarterbacks, linebackers and safeties. Players will put on an Oculus Rift or other headset and then watch scrimmages recorded by 360-degree cameras attached to players' helmets.

Compared to watching regular films, Dallas coach Jason Garrett said, "this allows you to get a little closer (to the action) so you can coach better." On top of helping starters, the system gives backup players simulated reps for a better taste of live play. The Cowboys were among the teams that saw a demo of the tech at the NFL Combines in February, according to Fox Sports. One coach at the preview said "I was expecting something kinda cheesy... and when I was about to write them off, they put the headset on you and shoot! It's real."

Other teams are also considering the tech, which is so far only a visual, and not an interactive tool. But it's the immersive quality that makes it work, according to StriVR's founder, ex-Stanford Cardinals kicker Derek Belch. "Even the best Madden characters just kinda hover across the screen," Belch said. "They don't bump into each other and (tell) your brain, 'This is real.'"

To develop the system Belch and his adviser, Stanford VR guru Jeremy Bailensen, worked with his alma mater team. They shot test plays from a helmet-cam that "was like eight GoPros rubber-banded together," according to Stanford coach David Shaw. But after refining the technique, they immediately saw the benefits with quarterback Kevin Hogan, who studied plays with the Oculus headset about 20 minutes a day before games. "When you're just watching film, you don't get the sound, you don't get that real-life feel of the game. With this, I can see what the structure is," Hogan told Fox.

In this article: Dallas Cowboys, Jason Garrett, Mike Ditka, National Football League, Stanford University
All products recommended by Engadget are selected by our editorial team, independent of our parent company. Some of our stories include affiliate links. If you buy something through one of these links, we may earn an affiliate commission.