Nintendo is cutting the price of single Joy-Cons to $40 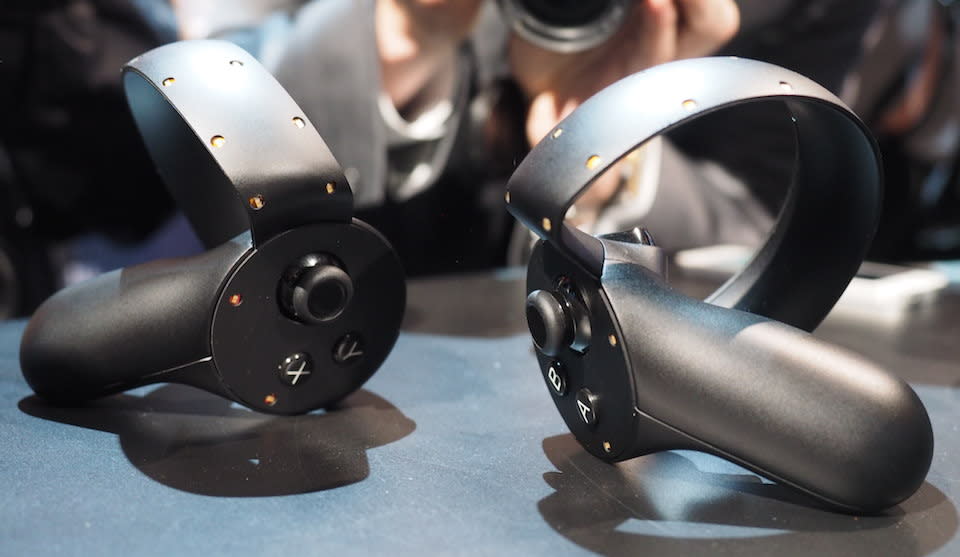 Oculus might be giving you an Xbox One controller to get your virtual reality experience off the ground, but what if you want more natural control? Don't worry, that's coming soon. Palmer Luckey and crew just took the wraps off of Oculus Touch, a hand controller system that lets you navigate the virutal world in a more natural way. Each grip includes both motion-based input as well as physical controls and haptic feedback -- in some cases, you'll feel what you touch in the VR space. There's no mention of pricing or whether Oculus Touch will be ready for the consumer Rift headset's early 2016 debut, but we're hoping there isn't a protracted wait. Update: We've just heard that a development kit version of the Oculus Touch will be available in Q1 2016. It won't be a consumer-ready version (thus won't be available with the headset itself), but just an early edition for developers to work on. CEO Brendan Iribe told us that the reason for this is to give developers time to get used to the new controller and incorporate their games around it. Preorders for the Touch will open the same time as the Rift.

Oculus Touch will be shipping H1 2016 - Preorders will open alongside the Rift.

In this article: controller, e3, e32015, facebook, halfmoon, oculus, oculusrift, oculustouch, oculusvr, virtualreality, vr
All products recommended by Engadget are selected by our editorial team, independent of our parent company. Some of our stories include affiliate links. If you buy something through one of these links, we may earn an affiliate commission.