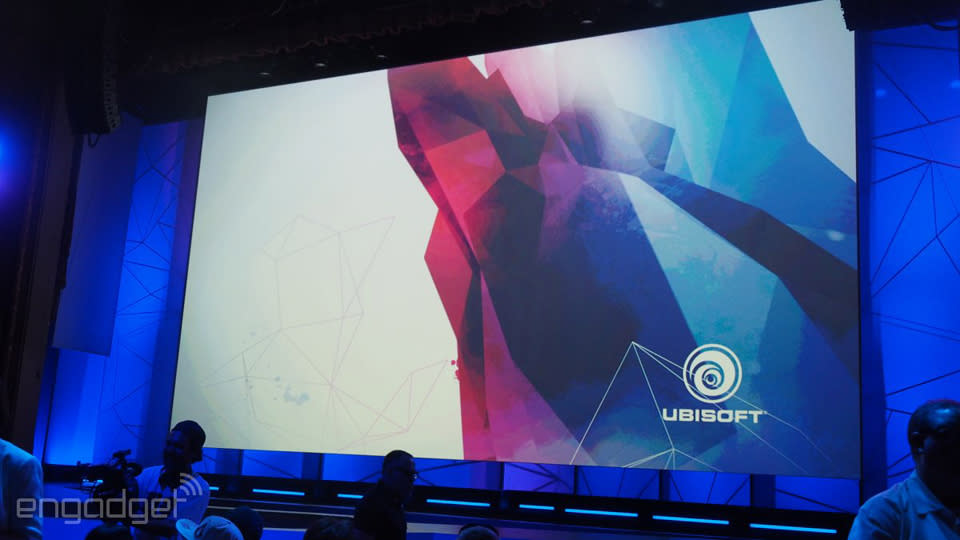 Ubisoft's E3 blitz is a curious mix of triple-A titles, like Assassins Creed, as well as, er, Raving Rabbits and Just Dance iterations. It's also typically had a spadeful of spectacle thrown into the mix. And that's probably a very good reason to liveblog it -- so we're going to. Expect more information on Ubisoft's premier titles, more information on Rainbow Six: Siege. It all starts at 2:45PM PT, or 5:45PM ET. Come on over and join us!

In this article: assassinscreed, e3 2015, e3 ubisoft, e32015, e3ubisoft, games, hdpostcross, liveblog, ubisoft, ubisoft e3, ubisoft e3 2015, ubisofte3, ubisofte32015
All products recommended by Engadget are selected by our editorial team, independent of our parent company. Some of our stories include affiliate links. If you buy something through one of these links, we may earn an affiliate commission.