Netflix will let you stop those annoying auto previews

Google is testing a global video play/pause button for Chrome

YouTube may restrict kids' videos to its dedicated app 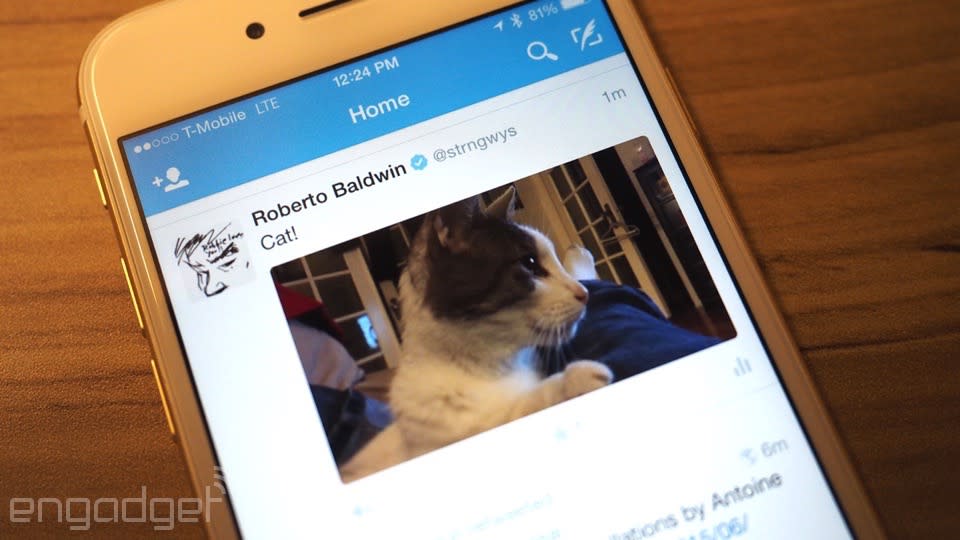 Facebook isn't the only big social network automatically playing most videos these days -- Twitter is hopping on that bandwagon, too. Visit your feed on iOS or the web and any GIFs, Vines and native Twitter video will start playing as soon as you look at them. On iOS, clips will go full-screen if you switch to landscape mode. The move is meant to both save you a clip and, of course, keep you using Twitter's services as much as possible.

Before you ask: yes, Twitter is well aware that automatic video playback could murder your capped mobile data plan. You can turn off the feature when you're away from WiFi (or altogether, if you prefer), and it won't kick in if you either have a slow connection or live in an area with especially high bandwidth costs. That's still going to be annoying if you didn't want autoplay in the first place, but at least you won't have to wake up to a gigantic phone bill because of your friend's concert footage.

In this article: autoplay, gif, internet, ios, mobilepostcross, socialnetworking, twitter, video, vine, web
All products recommended by Engadget are selected by our editorial team, independent of our parent company. Some of our stories include affiliate links. If you buy something through one of these links, we may earn an affiliate commission.