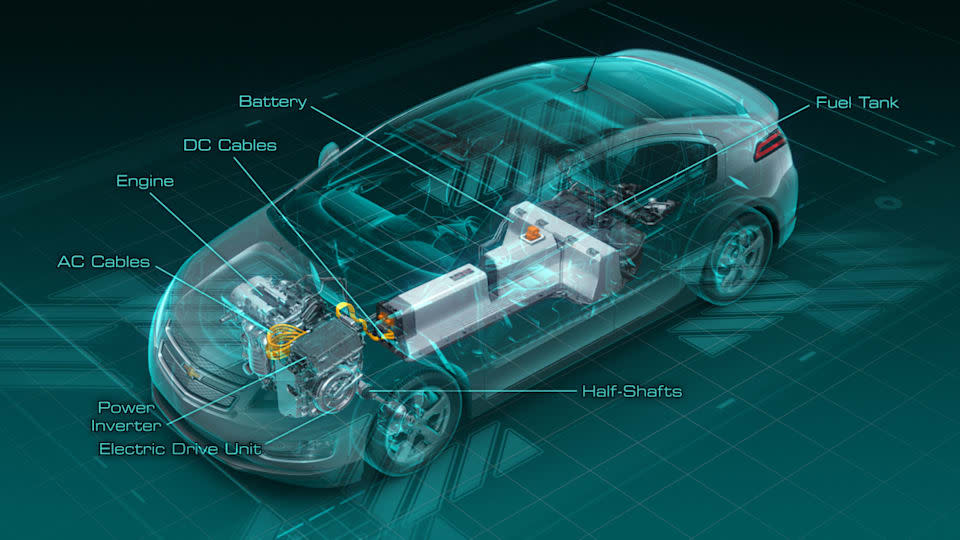 General Motors believes old Chevy Volt (and eventually, Bolt) batteries have a future as backup power sources for houses and buildings that use renewable energy. In fact, the company has repurposed five old Volt batteries to help power its data center in Milford, Michigan. They store energy generated by the center's 74-kilowatt solar array and wind turbines, and then feed the surplus back to the Milford campus grid. GM senior manager Pablo Valencia said that's possible, because the batteries retain 80 percent of their storage capacity, even after they're no longer ideal for cars.

Just like Tesla's Powerwall, the repurposed Volt batteries can provide the electricity a building needs during power outage: the five-battery pack, in particular, can supply enough energy to keep the data center running for up to four hours. GM doesn't have a big supply of old EV batteries yet, so it can't offer them as backup power sources to consumers at this point in time -- the five in its possession came from early development models of the Chevy Volt. But since it'll likely have access to loads of used batteries someday, the company has already started testing systems with unnamed partners for both commercial and non-commercial uses. "The importance of this announcement is that we are preparing for the future," Valencia said. "This is a preparation for that time. Typically the lifecycle of a vehicle is 10 to 12 years."

In this article: battery, chevrolet, chevy, chevyvolt, generalmotors
All products recommended by Engadget are selected by our editorial team, independent of our parent company. Some of our stories include affiliate links. If you buy something through one of these links, we may earn an affiliate commission.