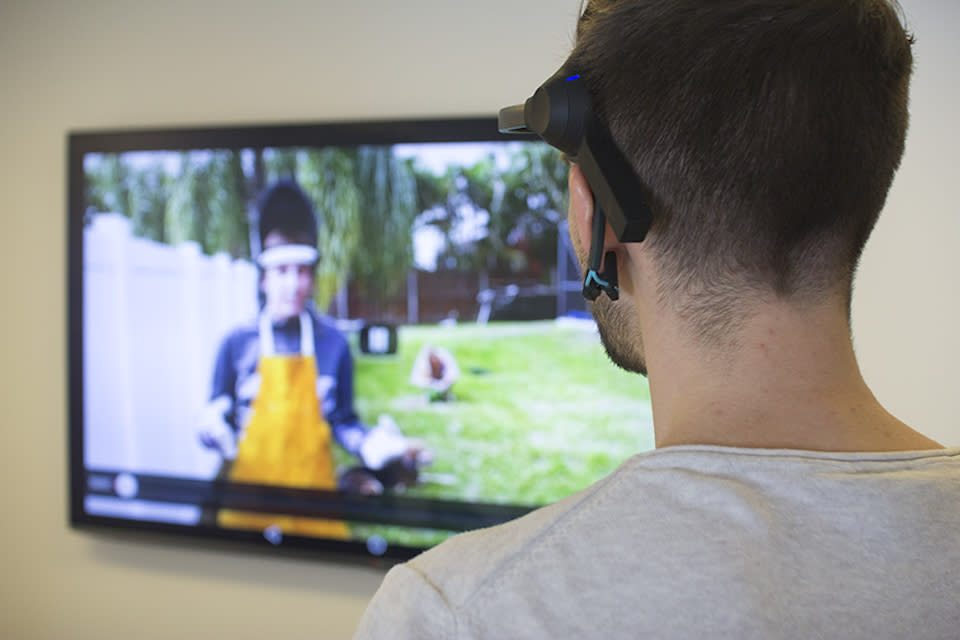 Instead of grabbing the remote or poking at your smartphone, the BBC thinks the future of TV navigation could lie in mind control. For its latest experiment, the broadcaster is testing a brainwave reading headset developed by This Place that lets you launch iPlayer and choose programmes with your thoughts. The device uses two sensors, one on your forehead and one on your ear, to interpret electrical activity as "concentration" or "meditation." Depending on your preference, focusing your mind will trigger a contextual command, such as launching the app or selecting from one of five programmes on a scrolling carousel. Once the app lands on your chosen TV show, you simply have to "think" until a pink volume bar fills on the left-hand side of the screen. The functionality is basic, but the BBC hopes it can be adapted to assist viewers with disabilities. For now it's just a proof of concept, but maybe in the future we'll all be using brainwaves to tune into BBC Two.

In this article: BBC, brain, brainwaves, headset, iplayer, mind, mindcontrol, thisplace, thoughts
All products recommended by Engadget are selected by our editorial team, independent of our parent company. Some of our stories include affiliate links. If you buy something through one of these links, we may earn an affiliate commission.