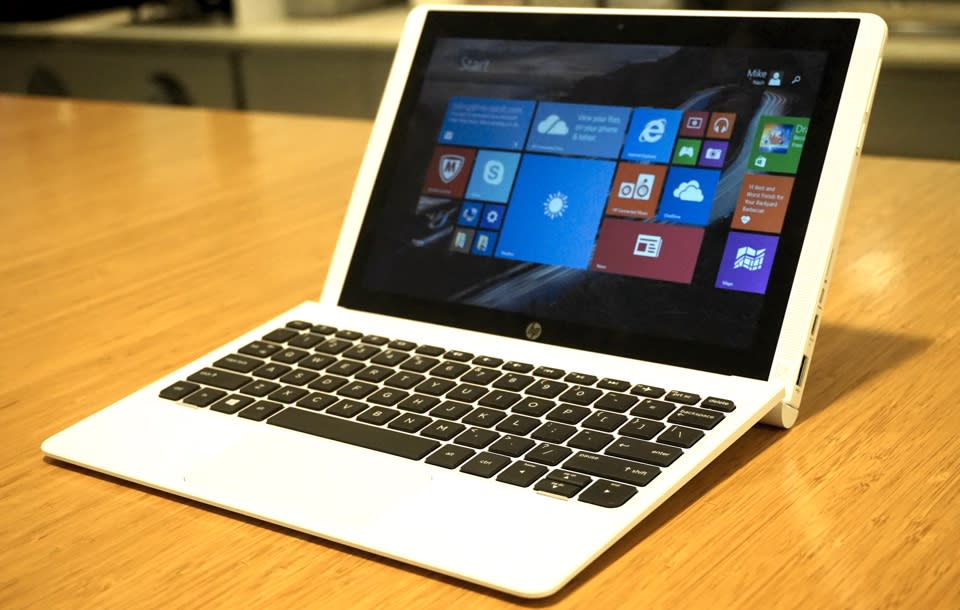 HP's got refreshed laptops for budget buyers and those looking for something a bit more premium. The company just announced its latest Pavilion X2 hybrid laptop, which features a 10-inch detachable screen and an Atom Bay Trail processor for just $300. The big change this year is a new magnetic latch which quickly connects the X2's screen and keyboard, and also lets you easily reorient the laptop in different orientations. Also announced was the new 15.6 and 17.3-inch Envy laptops sporting the latest Intel and AMD processors and double the battery life from last year. The smaller model will run you $630 for the AMD chip or $800 for the Intel one, while the 17.3-inch starts at $1,000. (HP also announced a 14-inch Envy that won't make it to the U.S.) Among these new devices, the Pavilion X2 seems more intriguing. Sure, its quad-core Atom processor probably won't pack punch, but at $300 it's a good deal for a fully detachable Windows laptop. The X2's screen weighs just 1.29 pounds on its own -- attach the screen and it jumps to 2.48 pounds. It uses USB-C for charging, and it comes with 32GB of storage by default (you can also shell out a bit more for 64GB). HP also claims it lasts almost 11 hours while playing 1080p video.

The new Envy laptops, on the other hand, are pretty much what you'd expect. They're powerful mainstream tablets meant for buyers who don't want to shell out for fancy ultraportables. The 15-inch model weighs five pounds (half a pound lighter than its predecessor), which isn't exactly portable. And good luck lugging the 6.2-pound 17-inch model around. Still, the battery life improvements are impressive: the 15-inch model lasts for 9.5 hours with an Intel chip and 7.5 hours with an AMD processor, while the huge version gets up to 10 hours.

The new HP Pavilion X2 will be available on July 21 at HP's site, while the Envy laptops are expected sometime in July.

In this article: Envy, hp, PavilionX2
All products recommended by Engadget are selected by our editorial team, independent of our parent company. Some of our stories include affiliate links. If you buy something through one of these links, we may earn an affiliate commission.