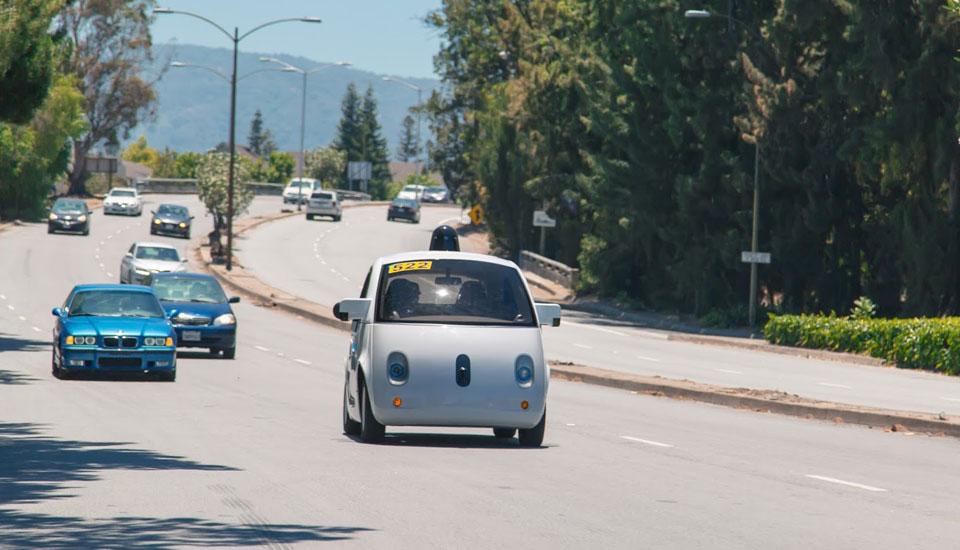 Google has been testing self-driving cars on the roads of Mountain View for a while, but now the company's own models are hitting the streets. Last month, Google announced that its rather unique vehicles that were built specifically to drive themselves would begin testing on public roads this summer and now they're logging miles. During the trials, speeds are capped at 25 MPH and all of controls you'd usually find in a car (steering wheel, accelerator and brake pedal) are on-board in case the driver passenger needs to take over. However, these cars were designed to not have all of that stuff, so perhaps we'll see testing sans controls soon enough -- if the state of California allows, of course. The software that handles the navigating is the same tech that powered the company's fleet of Lexus SUVs outfitted to drive themselves. If you'll recall, that stable of vehicles tallied over a million miles, so the technology has quite a bit of road experience already.

Google's also looking for local artists to submit work to be featured on the cars, because let's face it, the paint scheme could use some pizazz. This fall, artists selected as part of the Paint the Town project will not only get their work displayed on the vehicles, but will have a chance to take a ride for themselves.

In this article: autonomouscar, autonomousvehicles, culture, google, sanfrancisco, self-drivingcar, selfdrivingcar, sf, testing, TL16selfdrivetest, transportation, trial
All products recommended by Engadget are selected by our editorial team, independent of our parent company. Some of our stories include affiliate links. If you buy something through one of these links, we may earn an affiliate commission.