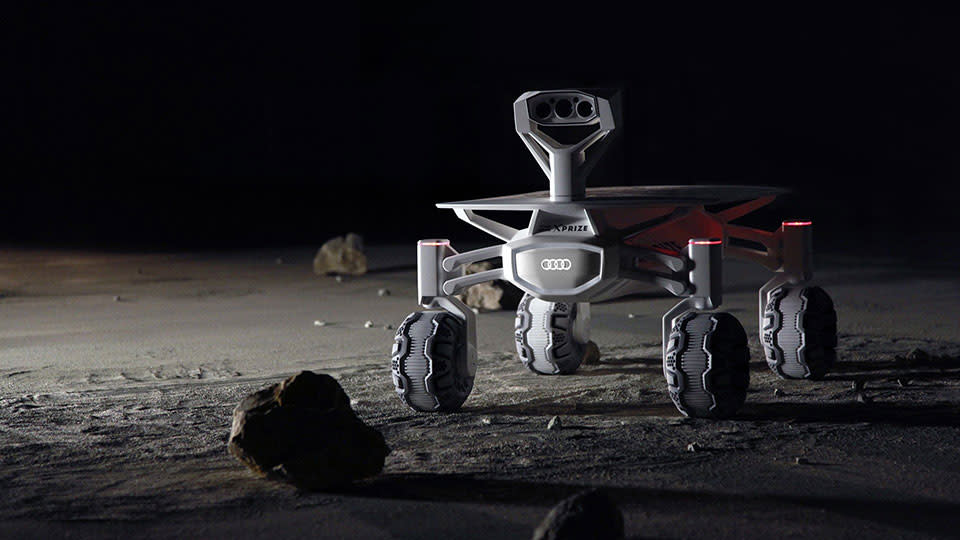 In a possible bid to make the most stylish entry yet for Google's Lunar XPRIZE, Audi has announced that it's teaming up with Part-Time Scientists, a German team working to put its rover on the moon. The carmaker says it's providing the Quattro's four-wheel drive tech, as well as expertise in lightweight construction and piloted driving. It's also getting a handy chunk of advertising, as the rover will now be called the Audi lunar Quattro moon rover -- in case you forget who helped.

Google's Lunar XPRIZE offers a $30 million prize for the first team to get a rover to the moon, cover 500 meters of it, and broadcast high-definition video back to Earth as it goes. The aim is to challenge engineers and scientists around the world into develop low-cost (robotic) ways of exploring space. Part-Time Scientists have already picked up two "milestone" prizes during the development of its rover -- but the clout of Audi is more than likely to help it reach the moon. Audi's concept design studio in Munich is apparently already revising the design of the rover to ensure "ideal lightweight construction conditions." In this competition, there's no points for style.

In this article: audi, google, GoogleLunarXPrize, moon, parttimescientists, rover, space, XPrize
All products recommended by Engadget are selected by our editorial team, independent of our parent company. Some of our stories include affiliate links. If you buy something through one of these links, we may earn an affiliate commission.