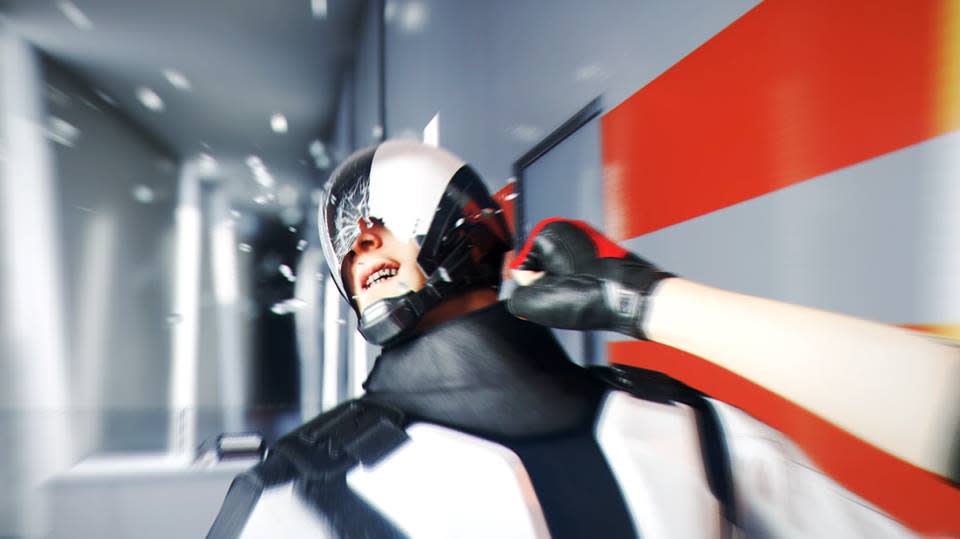 Indie games don't sell as many copies as big-budget titles, although not necessarily because they're lower-quality. In general, indie game development starts with a handicap: a limited market. They are, mostly, experiences made for niche audiences. AAA games -- think Call of Duty, Halo, Battlefield, Destiny -- are made for everyone, an audience that's been intensely researched over decades of action-movie box-office sales and Black Friday marketing campaigns. AAA consultants know exactly which games sell the best, where they sell the most, how much the mainstream audience wants to think and what their boundaries are. This approach to creation contributes to the flood of sequels and first-person shooters in our game libraries, now and into the foreseeable future. Sony's and Microsoft's showcases at E3 2015 were soaked in sequels and remakes, leading some fans to question the creative status of the industry as a whole. But, the AAA industry does innovate -- in its own, small way.

AAA's focus on mainstream appeal and major money keeps the video game industry churning in the public eye, which is a good thing as gaming strives to be taken seriously as a form of entertainment and art. However, AAA is not too big to fail. It needs to innovate, as much as it can, to stay relevant. It needs to take risks; it needs to offer players new experiences, even if these take place in familiar worlds. Innovation in the AAA space looks dramatically different than anything in the indie realm -- because it has to, in the name of the industry's bottom line.

Deus Ex: Mankind Divided and Mirror's Edge Catalyst both build off of a familiar sci-fi premise: In the future, society is controlled by a fear-mongering, murderous and inhumane government, and the protagonist fights against the system in the name of justice. Deus Ex: Mankind Divided is a dark exploration of the war between cybernetically enhanced people and organic-only humans, taking world-building cues from dystopian sci-fi classics Do Androids Dream of Electric Sheep?, Transmetropolitan and Neuromancer. Players can slaughter their way through claustrophobic, metal-soaked cities or sneak around, only killing when necessary.

In a hands-off demo at E3, Deus Ex developers emphasized a variety of new gadgets and weapons available to protagonist Adam Jensen in the new game. According to Square Enix's market analysts, this is what dedicated Deus Ex players want: new toys, bigger worlds and more moves. No major changes, no big shake-ups. Deus Ex consistently offers a cool universe, a badass protagonist and a beloved sci-fi franchise, and many players are happy to play within its walls over and over again. Mankind Divided is on track to be a serious, action-heavy, technologically fabulous game about our dystopian future. Yes, again. Innovation in the AAA space doesn't always mean "different." Sometimes, it just means "more."

Mirror's Edge Catalyst approaches sci-fi dystopia from a drastically different vantage point. First of all, the game world is bright white, compared with the dreary yellows and browns of Deus Ex. Second, Catalyst highlights one woman, Faith, as the player's only weapon against a corrupt government -- and Faith truly is the only weapon that players need. She's a parkour and hand-to-hand-combat master, and she soars through a stark white city by sliding, climbing and leaping around rooftops and alleyways. In an alpha build I played at E3, Mirror's Edge Catalyst felt buttery smooth and Faith's universe seemed free and open, even in a limited demo space. Mirror's Edge represents a different kind of innovation than Deus Ex -- Catalyst needs to play better than the original Mirror's Edge in order to retain the series' cult-like status, so DICE is focused on making the controls and movements work well. Plus, with the robust AI capabilities of current-gen consoles, Catalyst can be bigger and offer more replay value than its predecessor. These are wonderful additions to revive a nearly forgotten franchise, even though, at first glance, the tweaks don't look like major additions. Much like timing a jump from the top of one rooftop to the next, it's all about subtlety here.

It's easier to spot something that looks like AAA "innovation" in original IPs, even when two new games offer nearly the same storyline. Horizon: Zero Dawn and ReCore share a conceit: Robots vastly outnumber humans in a post-apocalyptic Earth steeped in a mysterious past. Again, extremely different vibes emanate from each of these titles. Horizon is billed as a realistic, large game featuring weapon-based combat, stealth, crafting and explosive boss battles. It looks beautiful so far and that's a big part of the battle for a new IP. Even if the story doesn't live up to expectations, as some players fear, this could be the birth of a fresh franchise -- the lifeblood of the AAA industry. Even though it's also a new IP, ReCore carries more history than Horizon simply because it comes from Mega Man creator Keiji Inafune. Its universe mirrors Horizon's, although things are more cartoonish. Instead of massive, dinosaur-like machines, ReCore features dog-like robots and metal creatures with rounded, friendly edges, even for the baddies. As Inafune said in our interview with him at E3, ReCore offers something familiar for longtime video game fans: "As some people may know, I really love robots. Pretty much all of my games have some type of robots in them." ReCore may be a new game, but it carries immediately recognizable themes. It's like a fuzzy blanket of familiarity wrapped around a tiny ball of novelty. This is innovation, AAA-style. It's a balance of familiarity and newness; safety and risk. Even new games, the ones that we want to call "innovative," feature recognizable and accessible aspects for the mainstream market. These games have to appeal to a mass audience, meaning that once something works, large developers are slower to change and publishers are less inclined to try something new. This has led to yearly, multi-million-dollar franchises such as Call of Duty and Battlefield -- but even these titles suffer when they don't innovate enough. Sales of Call of Duty have fallen for the past three years, although the franchise still dominates the gaming industry. For now.

Besides, to anyone who claims that the video game industry is devoid of creativity or new experiences: You're not looking hard enough. The indie scene -- or whatever you want to call titles made by small teams with little traditional funding -- is bursting with fresh ideas and creative, exciting games. These aren't all 16-bit nostalgia bombs or harsh experiments in social commentary, either. Complaints about over-saturation on video game-distribution hubs like the App Store or Steam may be valid, but it's difficult to despair a lack of new games and a glut of new games in the same breath. Dig a little deeper. But, however creative the indie industry may be, it can't support the entire multi-billion-dollar gaming market on its own. Today, there are more games than ever for players to enjoy, from indie to AAA. As the indie scene creates weird, subtle and soul-shattering experiences, big-budget developers tweak the formula that works in order to keep the industry afloat. And, in the process, all of these studios create games that excite, entertain and soothe players for years on end, even if they repeatedly offer the same experience with a different skin, map or gadget. This is how it works, until the market -- meaning, everyone -- dictates otherwise.