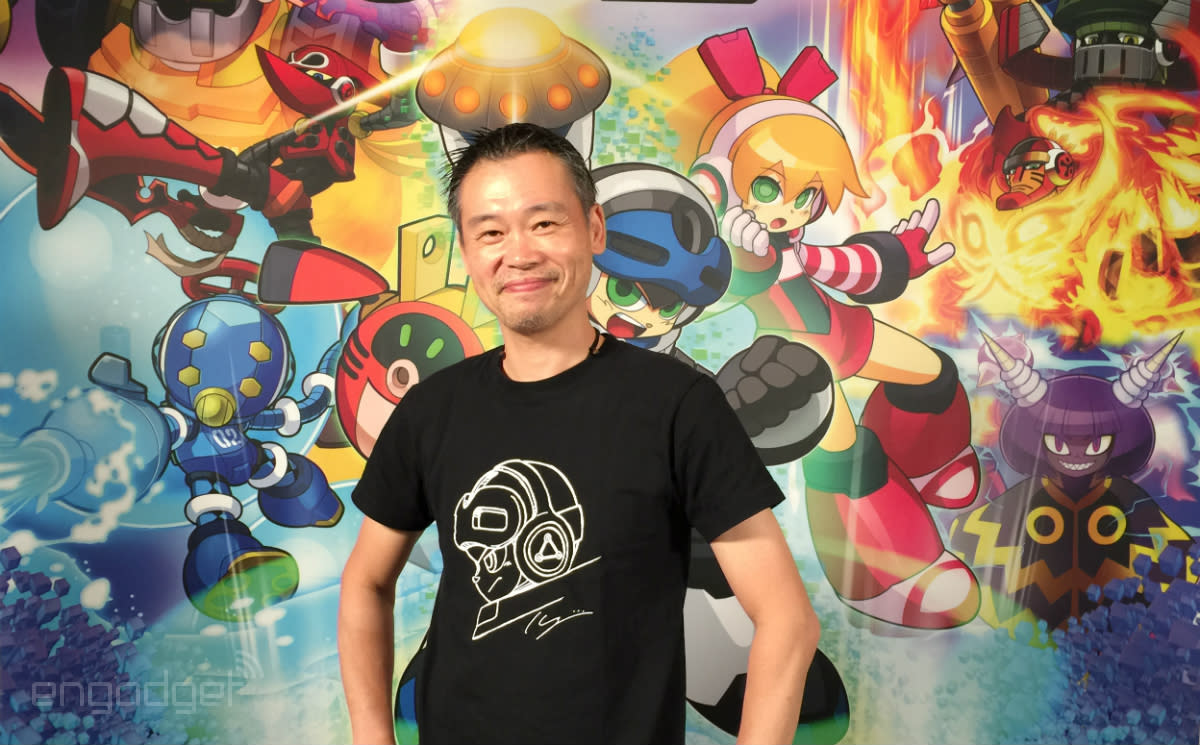 Keiji Inafune co-created Mega Man in the 1980s -- and the rest, as they say, is history. He's led a storied career in video games ever since, building franchises such as Dead Rising and Onimusha. Inafune currently heads up his own studio, Comcept, where he's finishing production of Mighty No. 9, an action platformer that raised $3.8 million on Kickstarter in 2013. But, more on that later. One of the truly surprising announcements to come out of the Xbox showcase at this year's E3 was ReCore, a new IP from Inafune that features a woman in an arid world of robots that carry glowing, mysterious cores. The Xbox conference revealed a trailer, a spring 2016 release window and not much more. We sat down with Inafune at E3 and asked him two questions: one about ReCore and the other about the state of creativity in the video game industry. He had plenty to say.

The following answers were provided via a translator.

As some people may know, I really love robots. Pretty much all of my games have some type of robots in them. With ReCore, the theme I wanted to write was human versus robots. This world is -- there were humans before, but now, there are none. There are a bunch of robots in this world already and the players will wonder, "Why are they here? Who made those robots?" Probably humans, but they're not here anymore. Also, the core in those robots, they're a different technology than the robots themselves.

So there's a huge mystery between what happened to the human race, where the robots come from and '"what is the core?" This is kind of the overall theme, the mystery of this world. That's something that I wanted to write.

Regarding the state of video game creation

The way I see it, there are two walls blocking the creative of the game industry. One, this is not necessarily a bad thing, but the mobile games are getting huge. People, when they make games, they have to think about business. Making mobile games is easier on the business side, so people tend to go toward that side.

Another one is, it's getting really hard to start a new IP nowadays. Myself, I'm getting ReCore out, which is a new IP. That's nice. But, with all of the announcements happening at this year's E3, we don't see too many new IPs happening. It's almost all sequels or some kind of spin-off or existing IP. I'm not saying that's something bad, to make sequels, but it also kind of stops people from thinking new things about games. They want new creative and new creative tends to happen more when you make a new IP. So, hopefully this can change from here on, so the game creators will have more opportunities to make new IP and make new creative. That's what I'm hoping for.

In this article: hdpostcross, inafune, KeijiInafune, recore
All products recommended by Engadget are selected by our editorial team, independent of our parent company. Some of our stories include affiliate links. If you buy something through one of these links, we may earn an affiliate commission.