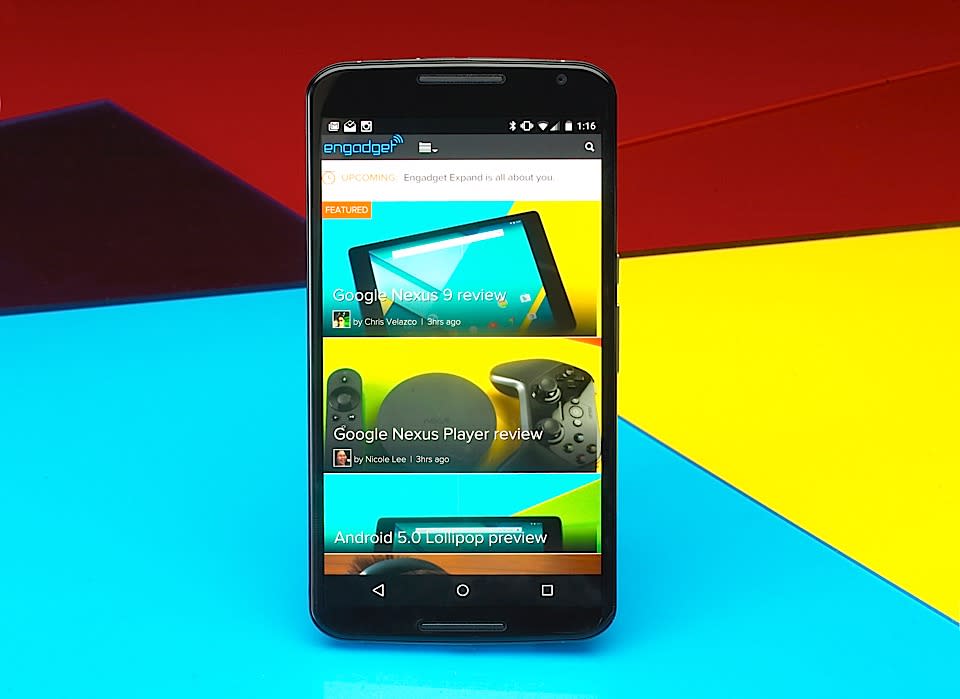 A couple of weeks ago, Motorola slashed the prices of its top handsets in the UK as part of another of its temporary sales. If the opportunity to pick up a heavily discounted Moto X or Nexus 6 passed you by, we've got a couple of reasons you needn't feel too dejected. Firstly, there's rumblings of new hardware on the horizon, so that Moto X you could've snagged on the cheap mightn't be as fresh as you'd like in the near future. If the Nexus 6 is more your bag, however, then we've got even better news. The official price of the Motorola-made handset has just hit an all-time low in the Google Store: the 32GB model is now only £304, and the 64GB version an equally reasonable £379.

That's a serious saving over the £479 and £549 asking prices, respectively, on Motorola's site; in fact, it's even significantly cheaper than the £399 / £469 price tags Motorola was able to boast during its recent two-week sale (might be time to look into a refund?). Since there's been no official communication of the Google Store price cut, we've reached out to the big G asking whether this is a temporary deal or a permanent fixture. Still, the fact remains you can grab a Nexus 6 from £304 right now, so it might be worth raiding your piggy bank if you're interested. You know, just in case stock levels take a turn for the worse.

Update: We still haven't heard back from Google, but as a few commenters have pointed out this morning, the Nexus 6 is no longer available for £304. The Google Store is now showing the 32GB model as £400 and the 64GB configuration as £479. We can only assume it was a pricing error, but hopefully some of you managed to jump on the deal before it was too late. And remember, those prices are still appreciably cheaper than Motorola's.

In this article: google, googlenexus6, googlestore, mobilepostcross, motorola, motorolanexus6, nexus6
All products recommended by Engadget are selected by our editorial team, independent of our parent company. Some of our stories include affiliate links. If you buy something through one of these links, we may earn an affiliate commission.