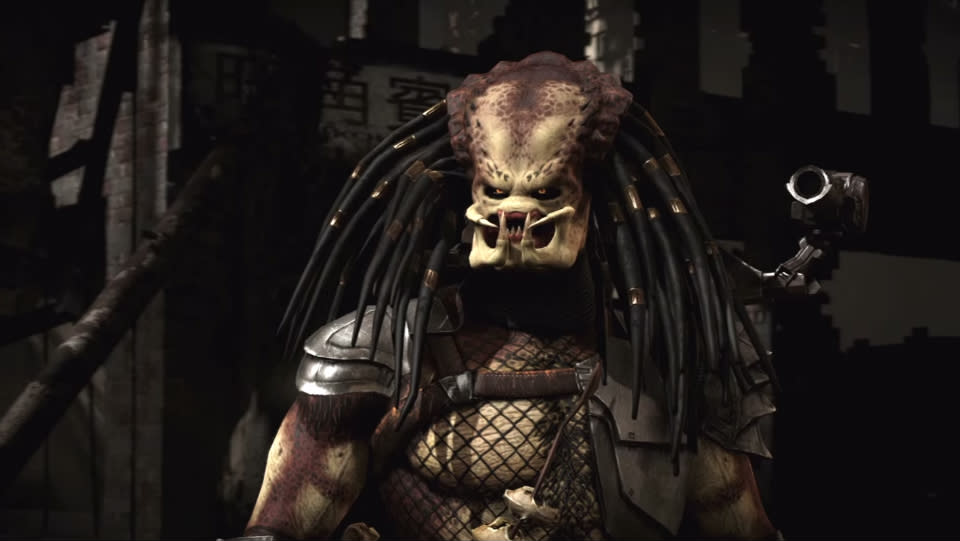 Predator -- the Invisible Eviscerator; the Brutalizer in the Brush -- creeps into Mortal Kombat X tomorrow, July 7th, for anyone who owns the $30 Kombat Pack as well as the full game. For everyone else, the Dreadlocked Destroyer will be available to buy as a standalone character on July 14th. The Terror of the Trees enters Mortal Kombat X as part of the Predator Bundle, which includes three additional character skins: Commando Johnny, Infrared Scorpion and Carl Weathers as Jax. Predator joins fellow movie murderer Jason Voorhees as a DLC character in Mortal Kombat X -- and the two face off in the following trailer. Spoiler: It doesn't end well for Jason.

In this article: hdpostcross, mortalkombatx, netherrealm, NetherrealmStudios, WarnerBros
All products recommended by Engadget are selected by our editorial team, independent of our parent company. Some of our stories include affiliate links. If you buy something through one of these links, we may earn an affiliate commission.