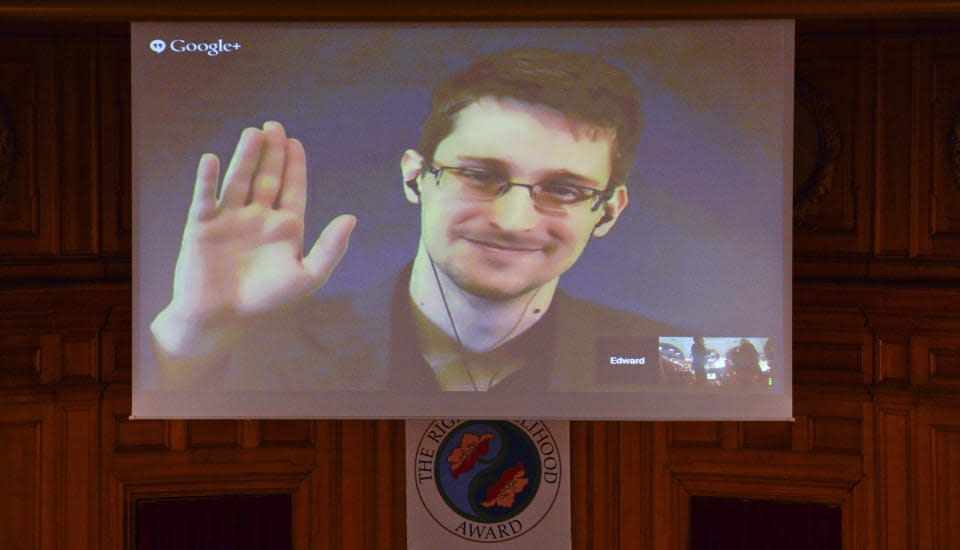 Edward Snowden might be able to see his family in person again -- and (if things go his way) not from behind bars, either. According to former Attorney General Eric Holder, there's a "possibility" for the Department of Justice to negotiate an agreement with the whistleblower, which will allow him to come back home. One of Edward Snowden's lawyers admitted back in March that they were doing everything they could to bring him back to the US, so the two parties might have been talking for a while now. Holder didn't delve into specifics when asked if that meant the government is working on a plea deal, but he said: "I certainly think there could be a basis for a resolution that everybody could ultimately be satisfied with. I think the possibility exists."

The former law enforcement officer was the one who filed a criminal case against Snowden back in 2013, charging him of three felony violations of the Espionage Act. Now, he believes the government "is in a different place" due to everything the ex-NSA contractor leaked, crediting him for the change in policy when it comes to the bulk collection of phone metadata.

A possible deal privately floated within the government was proposed by a top intelligence official named Robert Litt, according to Yahoo News. Litt proposes letting Snowden come back if he pleads guilty to one felony count and spends three to five years in prison. However, Ben Wizner (one of Snowden's many lawyers) told the publication that any deal involving prison time is out of the question: "[H]e should not be reporting to prison as a felon and losing his civil rights as a result of his act of conscience."

A spokesperson for Holder's replacement, Attorney General Loretta Lynch, wouldn't say if negotiations are ongoing and maintained that the government's "position regarding bringing Edward Snowden back to the United States to face charges has not changed." That Holder's hinting that a deal is possible is definitely an improvement, though, seeing as the accused was forced to flee to Moscow just a couple of years ago to protect his life.

[Image credit: AFP/Getty Images]
In this article: edwardsnowden, JusticeDepartment, nsa, patriotact, snowden, surveillance
All products recommended by Engadget are selected by our editorial team, independent of our parent company. Some of our stories include affiliate links. If you buy something through one of these links, we may earn an affiliate commission.