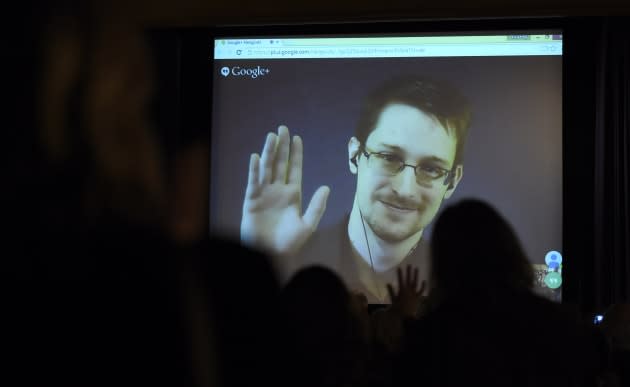 After blowing open the NSA's secret surveillance plans and spending the past few years in Russia, former NSA contractor Edward Snowden is now in talks with lawyers to make his way back to the U.S., reports Russia Today. But, according to his Russian lawyer Anatoly Kucherena, he'll only return if he's guaranteed a "fair and impartial trial." That's a demand Snowden has mentioned in several interviews, but it'll likely be tough to achieve. Even Daniel Ellsberg, the man who leaked the Pentagon Papers and revealed the U.S. government's many lies about the Vietnam War, doesn't have much hope that Snowden will be treated fairly.

The former analyst's leaks have had a huge global impact -- it's pushed tech companies like Apple to rely more heavily on encrypting consumer data; it's led other countries like China to pursue similar data mining tactics (which the U.S. government isn't too fond of); and Citizenfour, the documentary about Snowden and the NSA's surveillance tactics, just won an Oscar. So far, Kucherena says U.S. lawyers are only promising that Snowden won't be executed if he returns -- but he points out they don't even have the legal authority to make that deal.

In this article: Edward Snowden, surveillance
All products recommended by Engadget are selected by our editorial team, independent of our parent company. Some of our stories include affiliate links. If you buy something through one of these links, we may earn an affiliate commission.