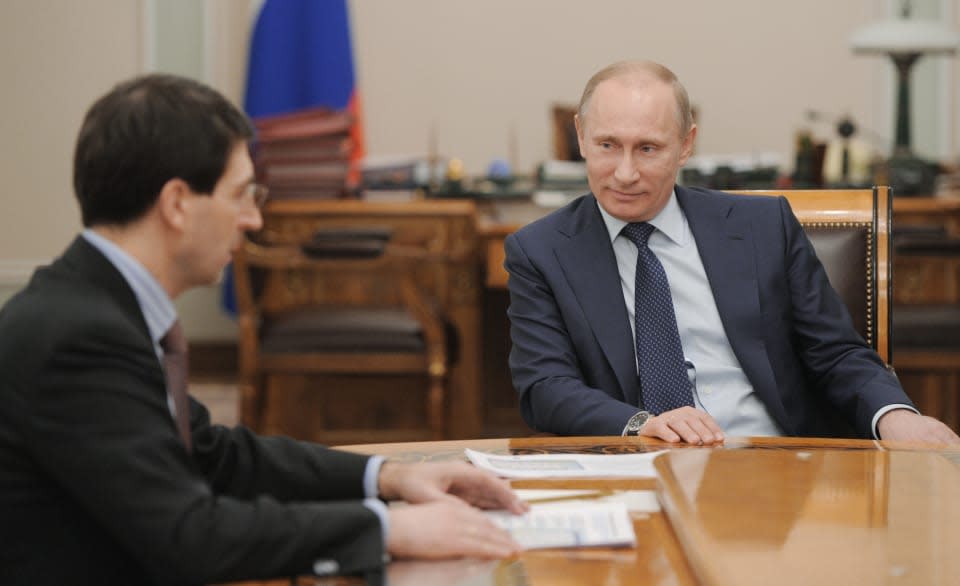 An aide to Vladimir Putin has told Russians to leave Facebook after the head of the country's telecommunications regulator was censored by the social network. As the Moscow Times reports, Maxim Ksensov was given a 24-hour time out after posting an ethnic slur for Ukranians on his personal page. The paper believes that the word has now been blacklisted by the service and will be instantly deleted if it's found. In response, Putin aide Igor Shchegolev has instructed locals to abandon Facebook in favor of Vkontakte, its homegrown alternative.

The irony here is that Ksenzov is the head of Roskomnadzor, an agency with a famously heavy-handed approach to free speech. The outfit is believed to have shut down more than 10,000 websites, criminalized parody accounts and threatens meme creators with a court appearance. In addition, its blogger registration law helped to push Intel and Google to close some of their operations in the country.

In addition, the outfit has shut down Twitter, Facebook and Google pages if it finds them to be critical of the government. Oh, and if that wasn't bad enough, the founder of Vkontakte himself fled Russia after pressure to hand over data on the website's users. So, all in all, it's probably fair to say that if you can't take it, folks, you shouldn't be dishing it out.

In this article: Censorship, Crimea, Facebook, IgorShchegolev, Irony, MaximKsensov, Roskomnadzor, Ukraine, VladimirPutin
All products recommended by Engadget are selected by our editorial team, independent of our parent company. Some of our stories include affiliate links. If you buy something through one of these links, we may earn an affiliate commission.