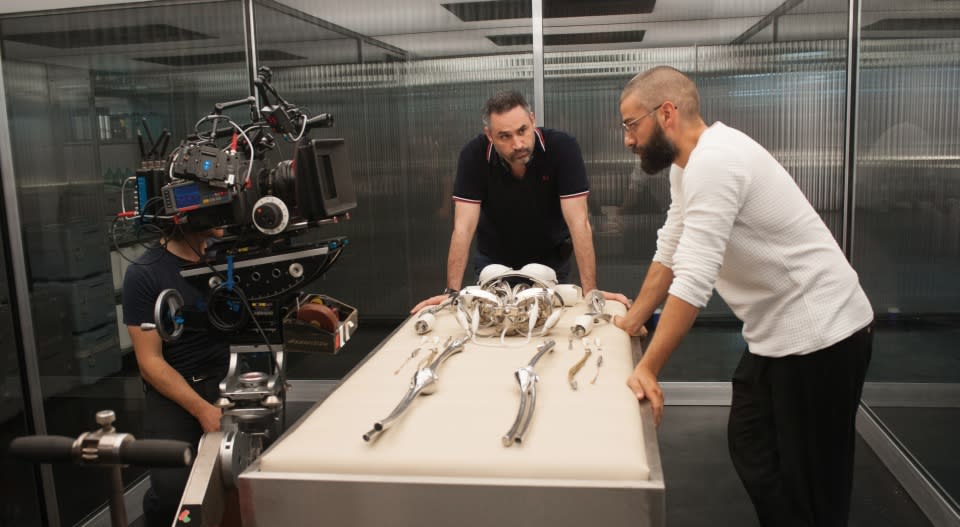 This week it's discs vs. streaming, as the summer TV schedule is in full swing. On Blu-ray the sci-fi thriller Ex Machina arrives (as the first release with DTS:X surround sound), along with It Follows and The Second Best Exotic Marigold Hotel. For gamers, Rory McIlroy's golf sim arrives, but the big highlight is God of War III Remastered on the PS4. Netflix follows up Chris Tucker's comedy special last week with a feature on Tig Notaro, and the premiere of Bojack Horseman season two. Geeks Who Drink and Reactor premiere on Syfy, Mythbusters is back on Discovery and FX has the return of Married plus a new show Sex & Drugs & Rock & Roll starring Denis Leary. If you insist on sportsing, there's the MLB All-Star game on Fox while NBC has all the major racing series, and the surprisingly-controversial Espy Awards are Wednesday night. Look after the break to check out each day's highlights, including trailers and let us know what you think (or what we missed).

In this article: bojackhorseman, Ex Machina, ExMachina, GodOfWarIii, godofwariiiremastered, hdpostcross, ItFollows, listings, MustSeeHdtv, video
All products recommended by Engadget are selected by our editorial team, independent of our parent company. Some of our stories include affiliate links. If you buy something through one of these links, we may earn an affiliate commission.