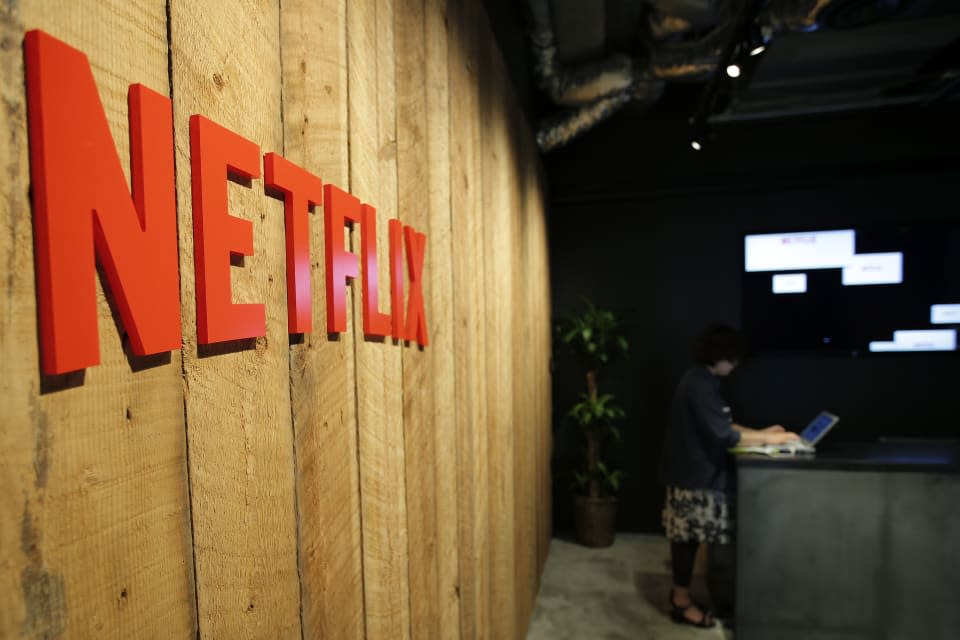 Netflix is flying high enough to need a 7-for-1 stock split, but now it's competing in a world where Showtime and HBO offer streaming video over the internet too. That makes today's earnings results (PDF) ever more important, and not surprisingly, the company focused on its push for original, exclusive content. Now up to 65 million members worldwide (42 million in the US), Netflix mentioned that the debut of Orange is the New Black S3 resulted in viewers watching a record number of hours for one day the following Sunday, the same day as HBO's Game of Thrones finale and an NBA Finals game.

Netflix says it will spend nearly $5 billion on content in 2016, including original movies like the ones it's rolling out later this year. It just launched a redesigned website, and has a new look for TV apps on the way, but according to the letter, it's also increasing its focus on mobile optimization. During the earnings call CEO Reed Hasting reiterated his support for the Charger-TWC merger, and also said not to expect any Showtime-like bundles for Netflix -- if it's offered through a carrier, there will be a separate bill and the same price as standalone service.

In this article: earnings, financials, hdpostcross, netflix, OITNB, originals, q2, q22015, streaming
All products recommended by Engadget are selected by our editorial team, independent of our parent company. Some of our stories include affiliate links. If you buy something through one of these links, we may earn an affiliate commission.