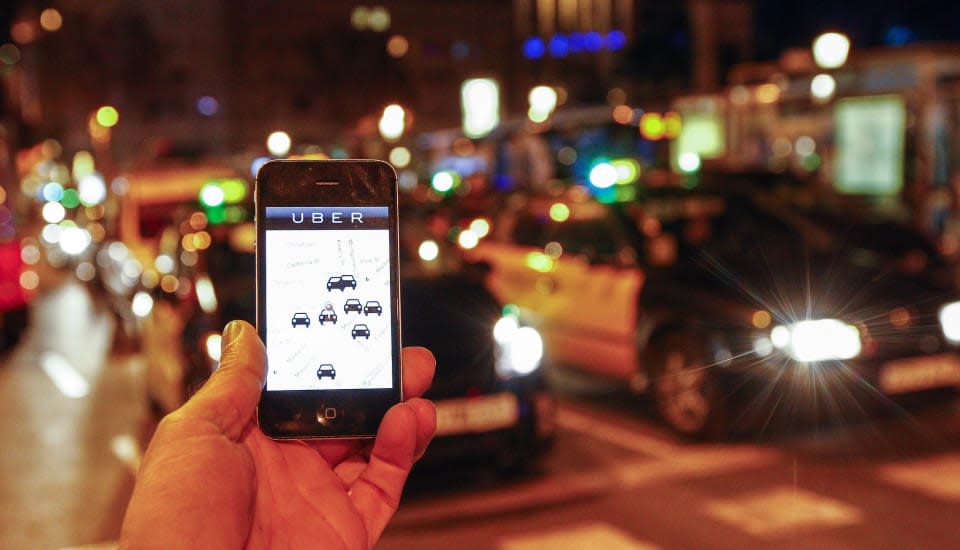 Uber cars began outnumbering yellow cabs in NYC back in March, but that will change if Mayor Bill de Blasio's proposal passes. See, de Blasio wants to put a cap on the number of licenses given out to ride-sharing companies. Obviously, Uber isn't happy about that, so it's putting the mayor on blast by adding a fake feature on its app named after him. While the app's normal modes still show available rides you can call, the "de Blasio mode" strips 'em all out and replaces them with an ominous-looking "No Cars Available" sign. Clicking the sign shows this message: "This is what Uber will look like in NYC if Mayor de Blasio's Uber cap bill passes."

In addition to the fake mode, Uber has also been buying commercial spots on local TV, appealing to people's emotions -- watch the video below to see what we're talking about. After all, the City Council is scheduled to vote on the proposal as soon as next week, and de Blasio will surely attempt to convince members that the move will improve the city's traffic flow. This isn't the first time Uber and NYC's authorities locked horns: the company was served with a temporary restraining order when it was just starting out in the city. And, just earlier this year, five of six Uber hubs in NYC were suspended until the company surrendered its travel data to the Taxi & Limousine Commission. In this article: app, newyorkcity, nyc, uber
All products recommended by Engadget are selected by our editorial team, independent of our parent company. Some of our stories include affiliate links. If you buy something through one of these links, we may earn an affiliate commission.