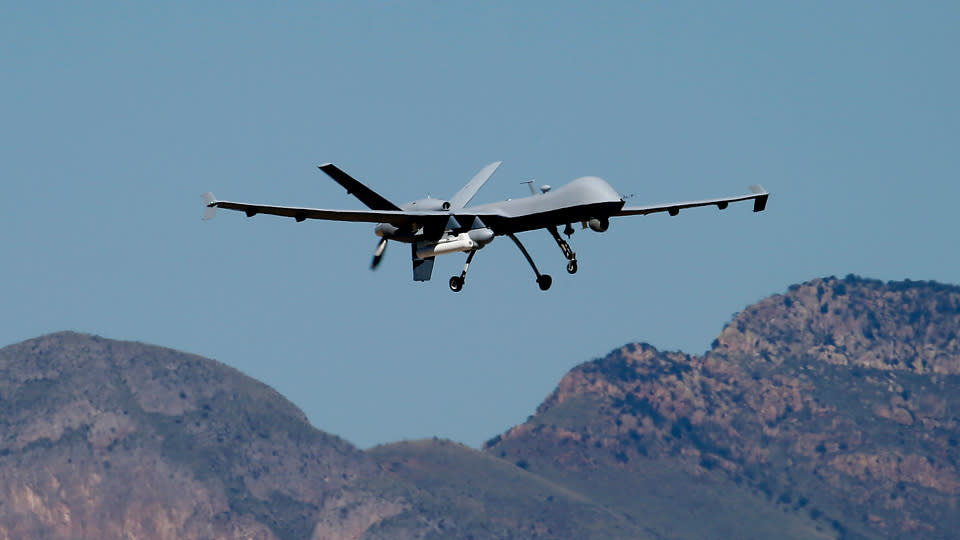 Forget safeguarding drones against hacks -- if Boeing and Hacking Team have their way, robotic aircraft would dish out a few internet attacks of their own. Email conversations posted on WikiLeaks reveal that the two companies want drones to carry devices that inject spyware into target computers through WiFi networks. If a suspect makes the mistake of using a computer at a coffee shop, the drone could slip in surveillance code from a safe distance.

The conversation was still in the early stages as of the leak, so you don't have to worry about drones planting bugs any time soon. It's also unclear as to who the customers would be. While the NSA is fond of spyware, there's no certainty that it or other US agencies would line up as customers. Still, don't be surprised if military recon drones are eventually doing a lot more than snapping pictures.

In this article: boeing, drone, hackingteam, insitu, malware, robot, spyware, uav, wargadget
All products recommended by Engadget are selected by our editorial team, independent of our parent company. Some of our stories include affiliate links. If you buy something through one of these links, we may earn an affiliate commission.