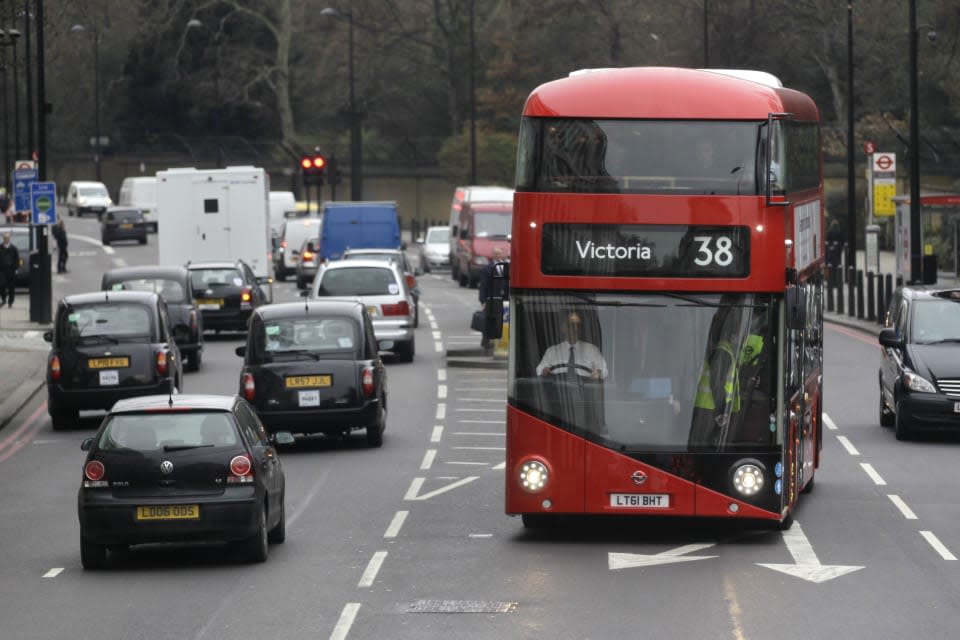 London's Mayor Boris Johnson has long championed greener public transport, but his hybrid Routemaster buses are now being criticised for faulty batteries and an overdependence on diesel. According to MayorWatch's Christian Wolmar -- who hopes to be Labour's next Mayoral candidate -- 40 drivers from Holloway Garage have put together a dossier explaining the extent of the battery problems. They say the Routemaster buses are now relying on diesel for 90 per cent of their journeys, overworking the small, conventional engines that are only supposed to run while the batteries are charging.

Transport for London (TfL) and bus operator Metroline have now confirmed that there's a problem. Mike Weston, TfL's director of buses, says the batteries are being upgraded "as soon as possible and within the warranty period, at no cost to TfL or the taxpayer."

According to Wolmar, however, the problem isn't just economical. He's brandished the buses a "dangerous con" because, according to drivers he's spoken with, the faulty batteries are also making them a hazard on the road. The engine doesn't initiate as quickly as it should, so drivers are keeping their foot on the accelerator while the handbrake is engaged. Not only is this dangerous and a waste of fuel, but the slow acceleration means some buses are rolling back on inclines. Drivers have criticised the Routemaster design for other reasons too, such as the lack of opening windows and doors that hit passengers as they fold inwards. TfL is strongly denying most of these claims though: "New Routemaster buses are completely safe whether they operate in diesel mode or electric mode."

In this article: borisjohnson, bus, diesel, electric, hybrid, LondonMayor, routemaster, RoutemasterBus
All products recommended by Engadget are selected by our editorial team, independent of our parent company. Some of our stories include affiliate links. If you buy something through one of these links, we may earn an affiliate commission.